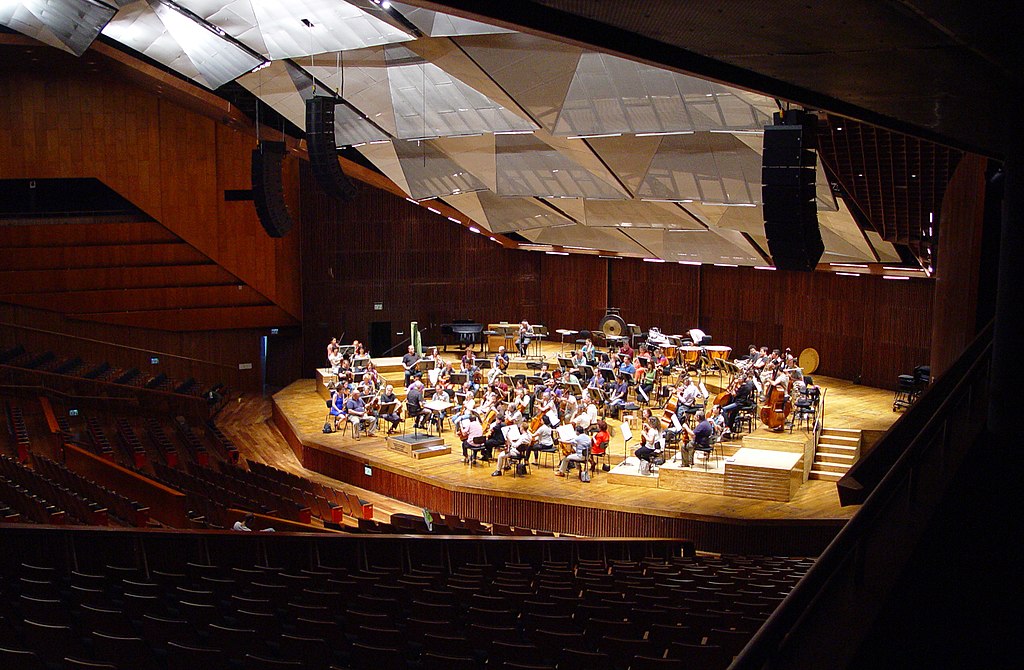 Heichal HaTarbut opened in 1957 at Habima Square. Architects were Dov Karmi, Zeev Rechter and Yaakov Rechter. Leonard Bernstein conducted the inaugural concert, with the Israel Philharmonic and pianist Arthur Rubinstein, as a soloist. Until 2013, the palace was named Fredric R. Mann Auditorium, after the sponsor of the project. (Wikipedia)