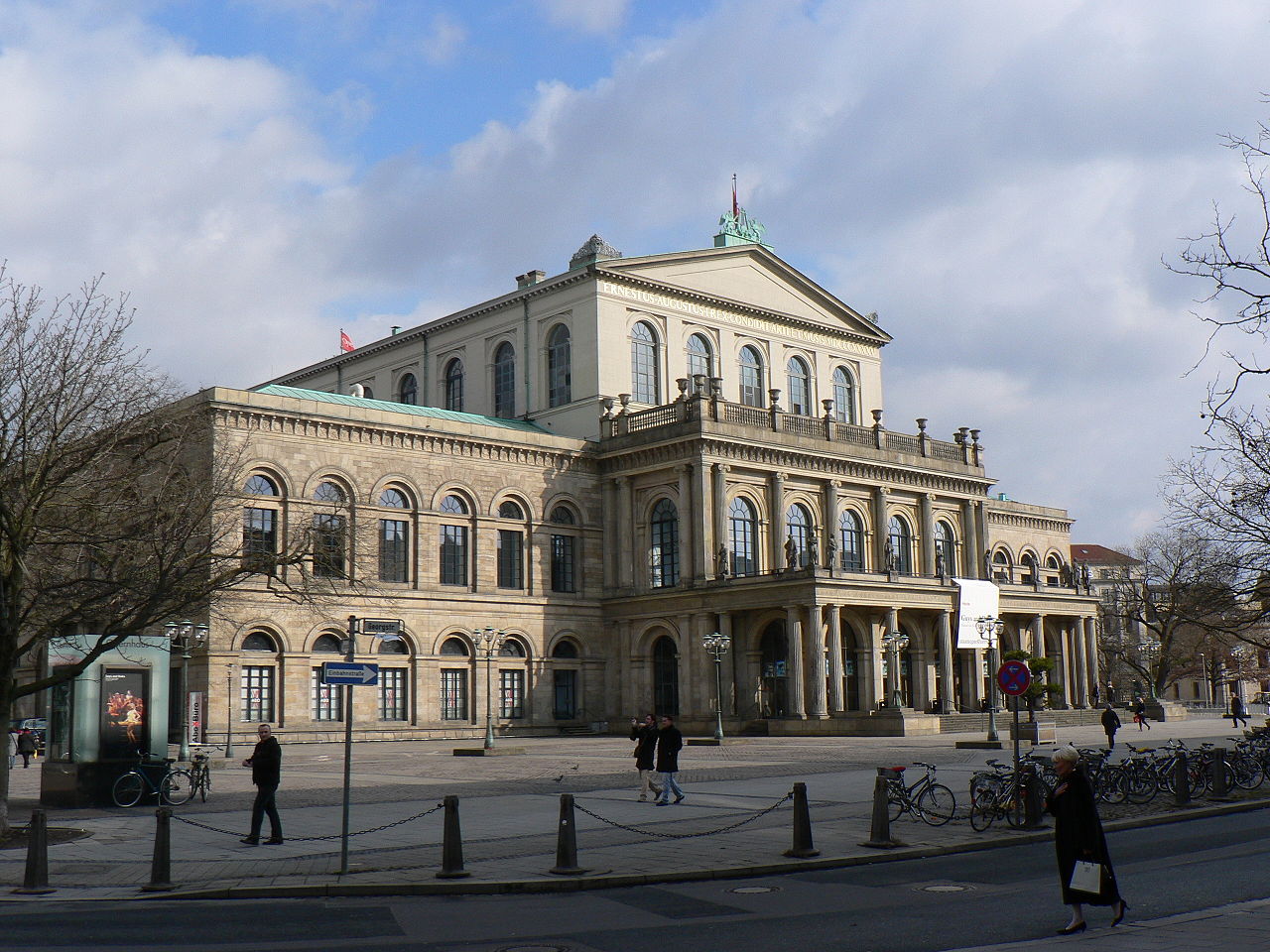 The home base of Staatsoper Hannover is a theater built in classical style between 1845 and 1852 based on a plan drawn by Georg Ludwig Friedrich Laves. The building was badly damaged in World War II and rebuilt in 1948. In 1985, the acoustics were improved, and between 1996 and 1998 the stage facilities were renovated. (Wikipedia)