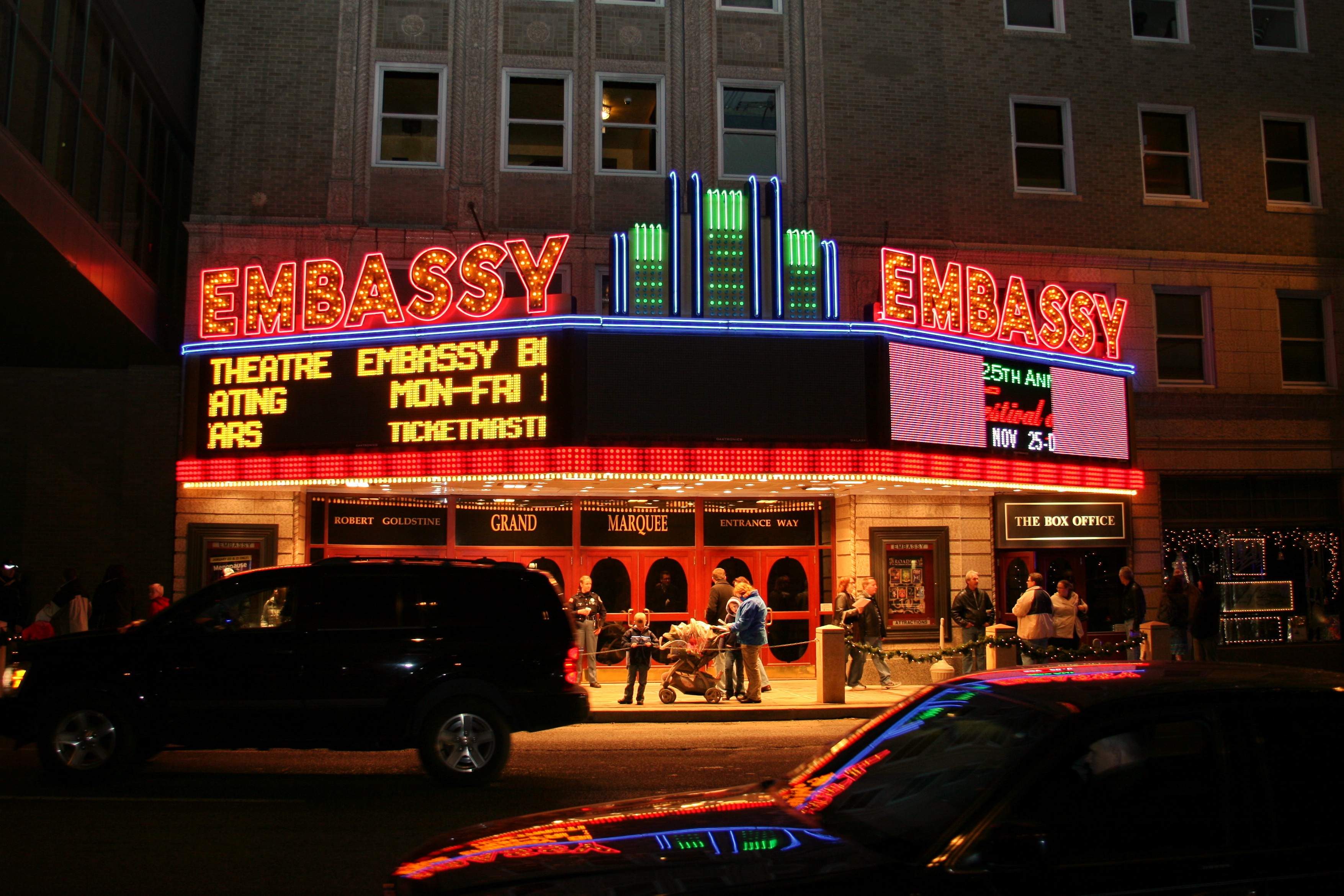 The theatre has been known by its current name since 1952. Attached to the Embassy Theatre to the west is the seven-story Indiana Hotel. The theatre features a 1,100-pipe Page theater organ, which was restored between 1976 and 1996. The Embassy was placed on the National Register of Historic Places in 1975, the year the theater was reopened as a performing arts center. Since its reopening, the theatre has primarily been used for concerts, Broadway shows, symphonies, family shows, and other events. The stage, which contains a red sequined velour main curtain, was expanded in 1995 to its current size of 44′7″ by 54 feet. The Indiana Hotel lobby and mezzanine were also restored at this time. A new marquee was added to the front façade in 2005 as well as curbside improvements. (Wikipedia)