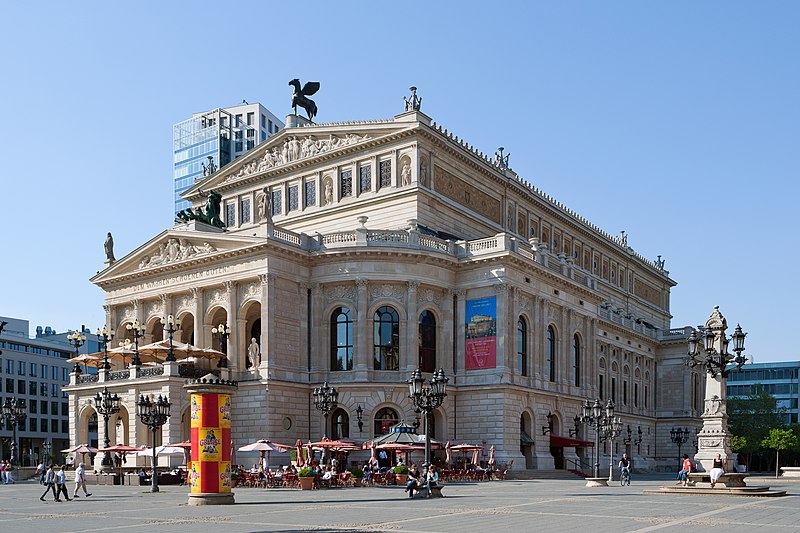 Opern- und Schauspielhaus Frankfurt (Opera and Play House) is the official name of the opera and drama theatres in Frankfurt am Main. The Oper Frankfurt (Frankfurt Opera) is one of the leading opera houses in Europe, and voted best "Opera house of the year" several times since 2003. Its orchestra is the Frankfurter Opern- und Museumsorchester. The present opera- and playhouse was built after World War II, because the historical building was destroyed. The former house was reconstructed as the Alte Oper and serves as a concert hall today. (Wikipedia)