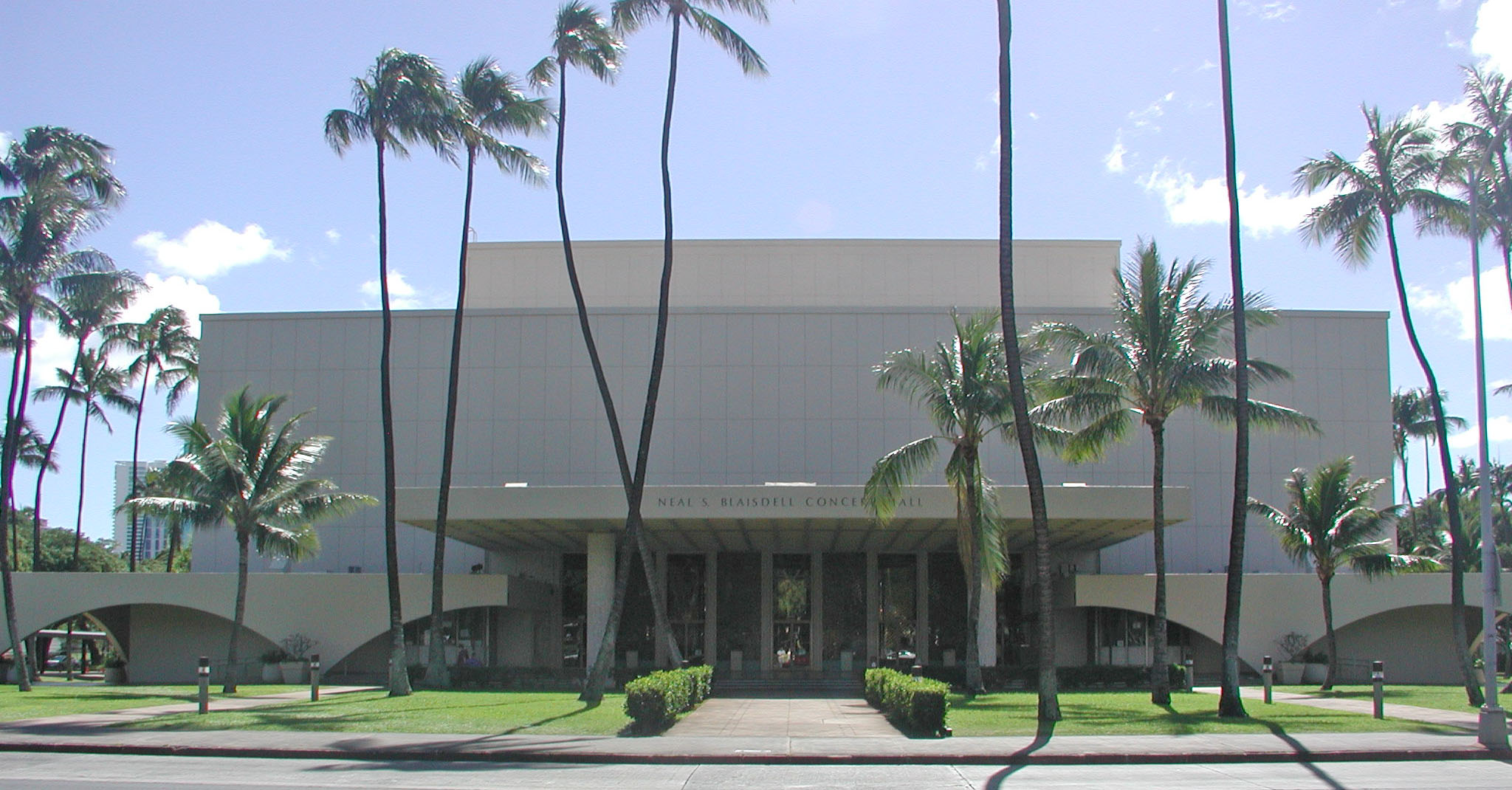 The Neal S. Blaisdell Center near downtown Honolulu, Hawaii is a community center for the City & County of Honolulu. Constructed in 1964 on the historic Ward Estate and originally called the Honolulu International Center, the center was renamed after Mayor of Honolulu Neal S. Blaisdell, who oversaw its construction. The multi-purpose complex is composed of an internationally renowned arena, concert hall, conference rooms, galleria and exhibition hall. It was remodeled and expanded in 1994. The complex is overseen by the City's Department of Enterprise Services which also oversees the Waikiki Shell. The City is seeking to redevelop the site with extensive stakeholder and public involvement to assess the community’s goals. Implementation of this plan will require significant investment by the City and its partners over the coming years, and the outcome will be an iconic symbol of the City and County of Honolulu. (Wikipedia)