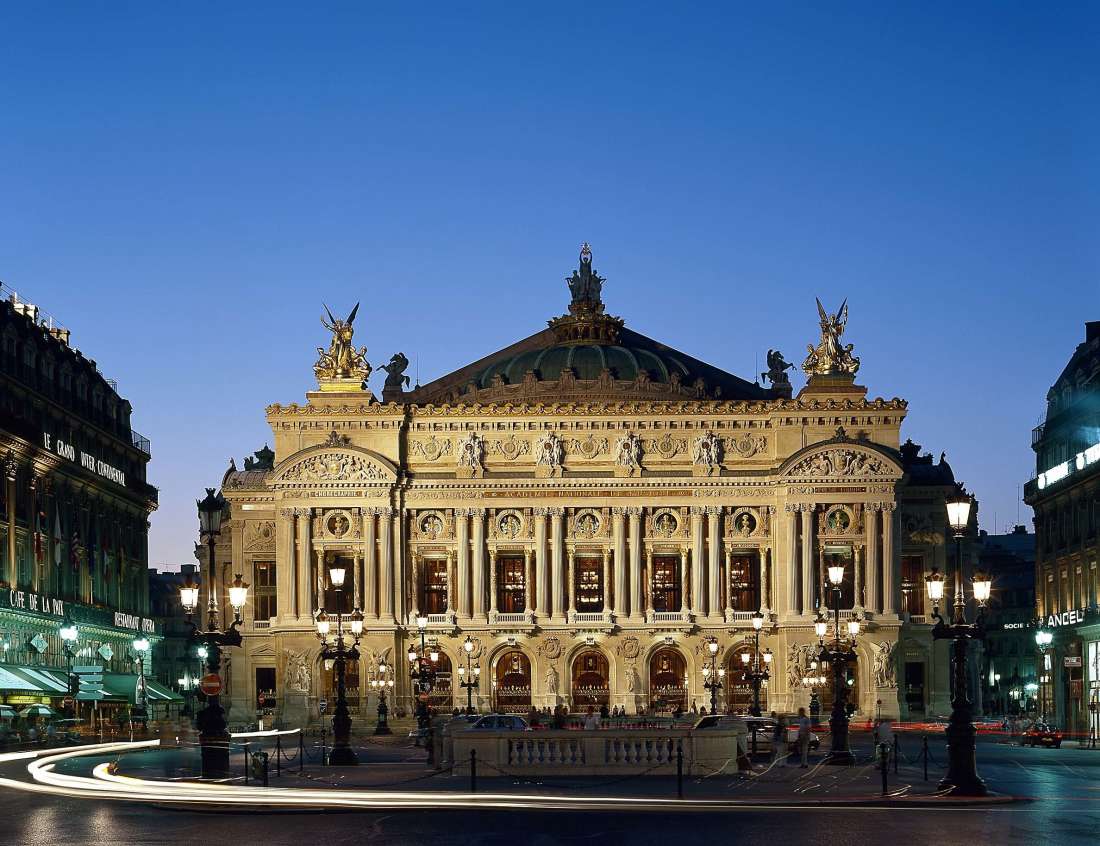 The Palais Garnier (pronounced [palɛ ɡaʁnje] French (help·info)) is a 1,979-seat opera house, which was built from 1861 to 1875 for the Paris Opera. It was called the Salle des Capucines, because of its location on the Boulevard des Capucines in the 9th arrondissement of Paris, but soon became known as the Palais Garnier, in recognition of its opulence and its architect, Charles Garnier. The theatre is also often referred to as the Opéra Garnier (French (help·info)) and historically was known as the Opéra de Paris or simply the Opéra, as it was the primary home of the Paris Opera and its associated Paris Opera Ballet until 1989, when the Opéra Bastille opened at the Place de la Bastille. The Paris Opera now mainly uses the Palais Garnier for ballet. (Wikipedia)