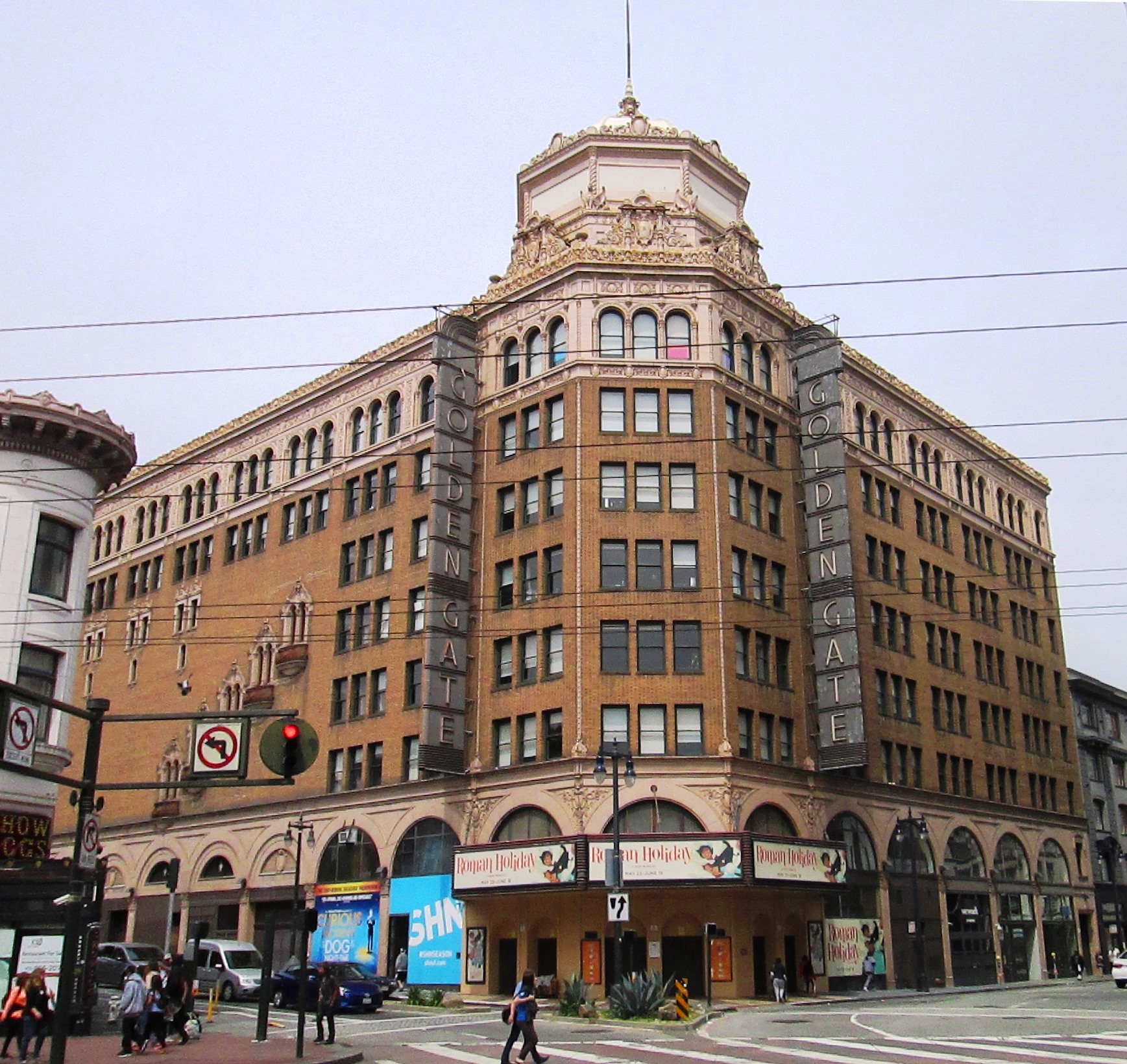 The Golden Gate Theatre is a performance venue located at 1 Taylor Street at the corner of Golden Gate Avenue in San Francisco, California. It opened in 1922 as a vaudeville house and later was a major movie theater. In the 1960s it boasted a Cinerama screen, but by the early 1970s it had declined and was showing blaxploitation films. It was restored and reopened as a performing arts venue in 1979. (Wikipedia)