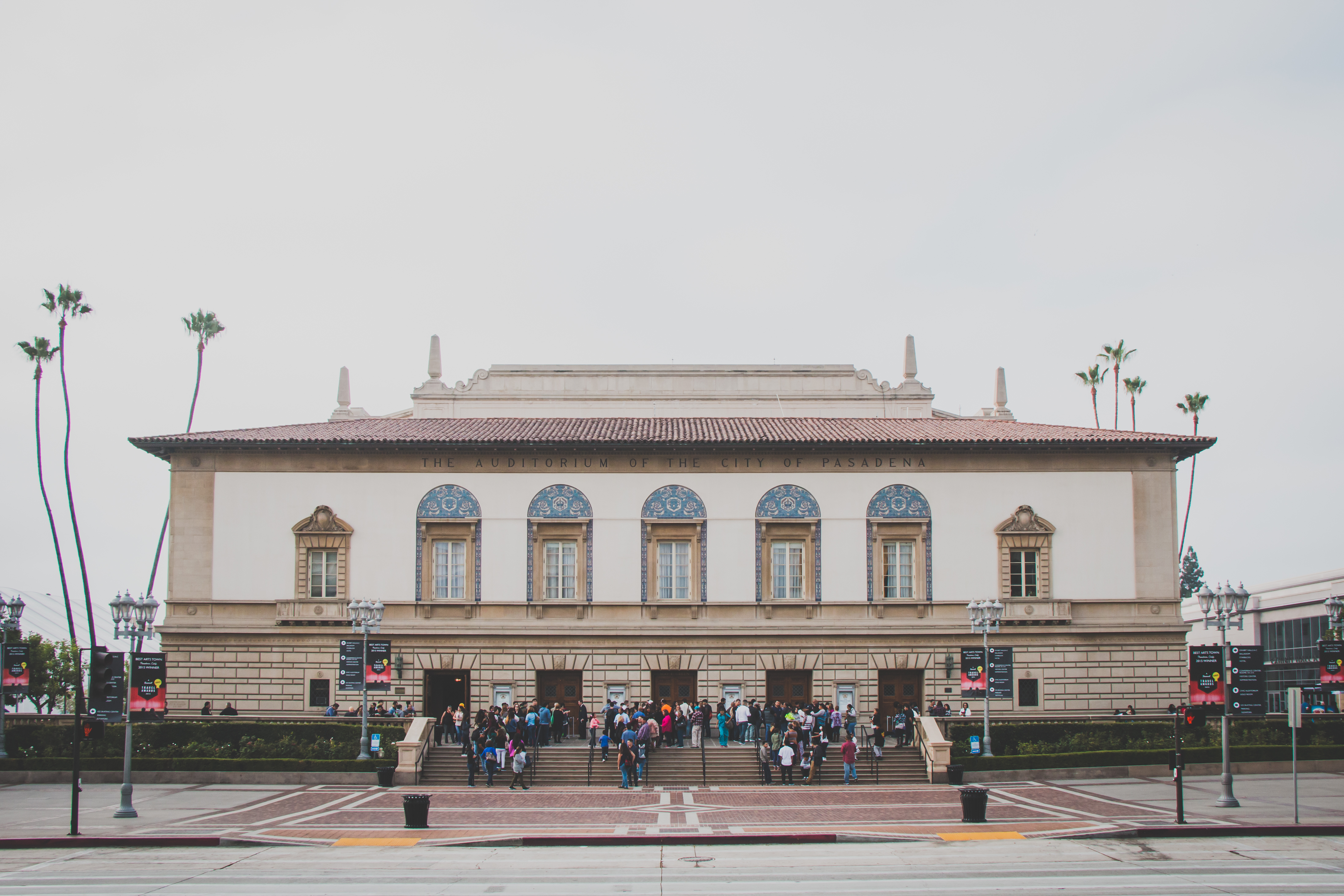 The Civic Auditorium, one of the major structures in the Pasadena Civic Center District, was built in 1931 and is best known for being the home for the Emmy Awards from 1977 until 1997. It was designed by architects George Edwin Bergstrom, Cyril Bennett, and Fitch Haskell. Today, the Auditorium is home to the People's Choice Awards and the former home of the Pasadena Symphony Orchestra. It has also been used for some episodes of American Idol. It was used as the show's venue for "Hollywood Week" in season 10. The 3,029-seat theater hosts musicals, operas and concerts, among other events, on its 56 by 42 ft (17 by 13 m) stage. (Wikipedia)