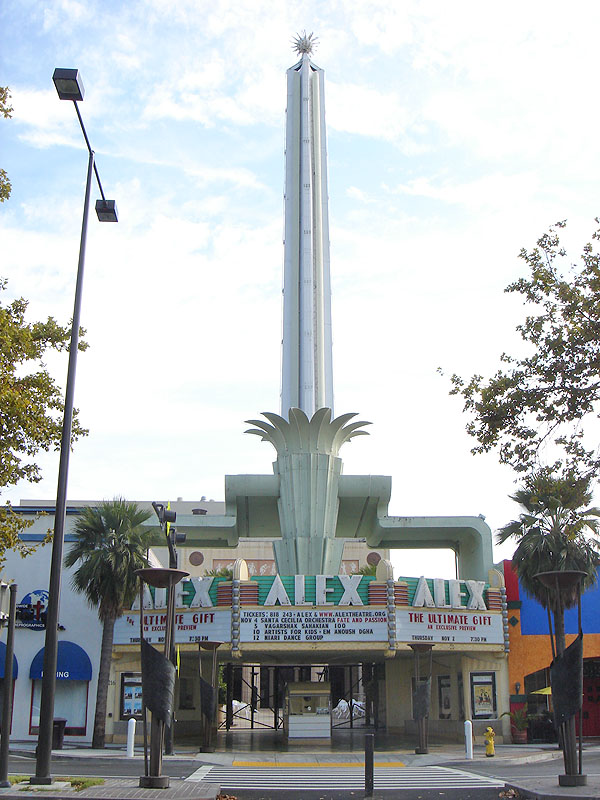 The architectural design of the original 1925 Alexander (as it was known until about 1939) was attributed to the architectural firm of Meyer & Holler; the front addition in 1939 was attributed to Arthur G. Lindley and Charles R. Selkirk, who also designed the Hotel Glendale. The unique interior has distinct neo-classic Greek and Egyptian architectural elements, similar to the Greco-Egyptian period of Ptolemaic Egypt. A long walkway and courtyard separating the ticket booth from the lobby was inspired after the famous Grauman's Egyptian Theatre in Hollywood. (Wikipedia)