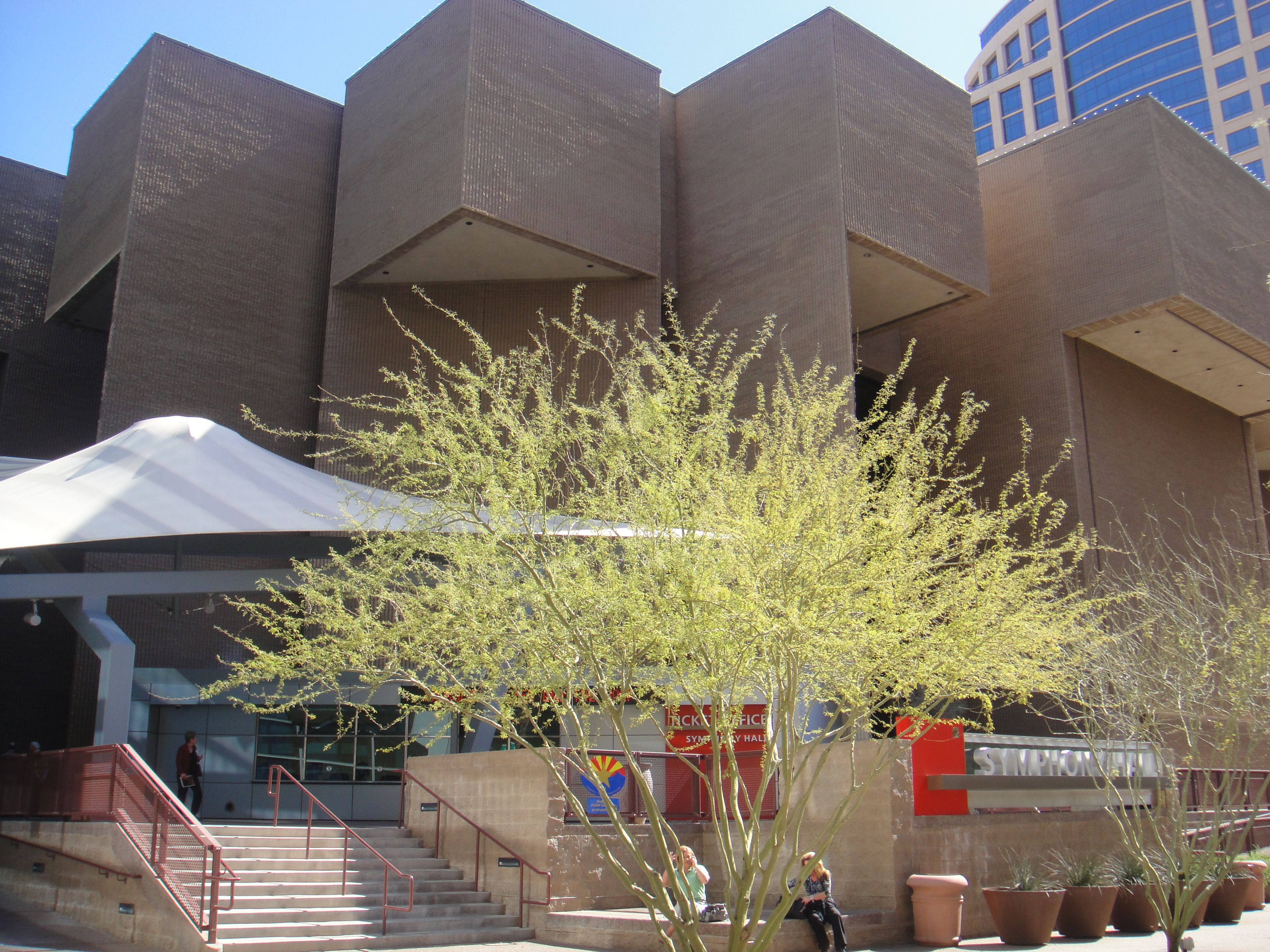 It was completed in 1972, as part of the Phoenix Civic Plaza and quickly became the home of the People's Pops Concert, founded in 1970 by Theresa Elizabeth Perez, Music Coordinator for the City of Phoenix (1969-1983.) Prior to Symphony Hall opening, the Pops Concerts were performed at Phoenix College. Theresa's Children's Opera Series (Help, Help, the Globolinks! Noye's Fludde and Beauty is Fled) were also presented at Symphony Hall. (Wikipedia)