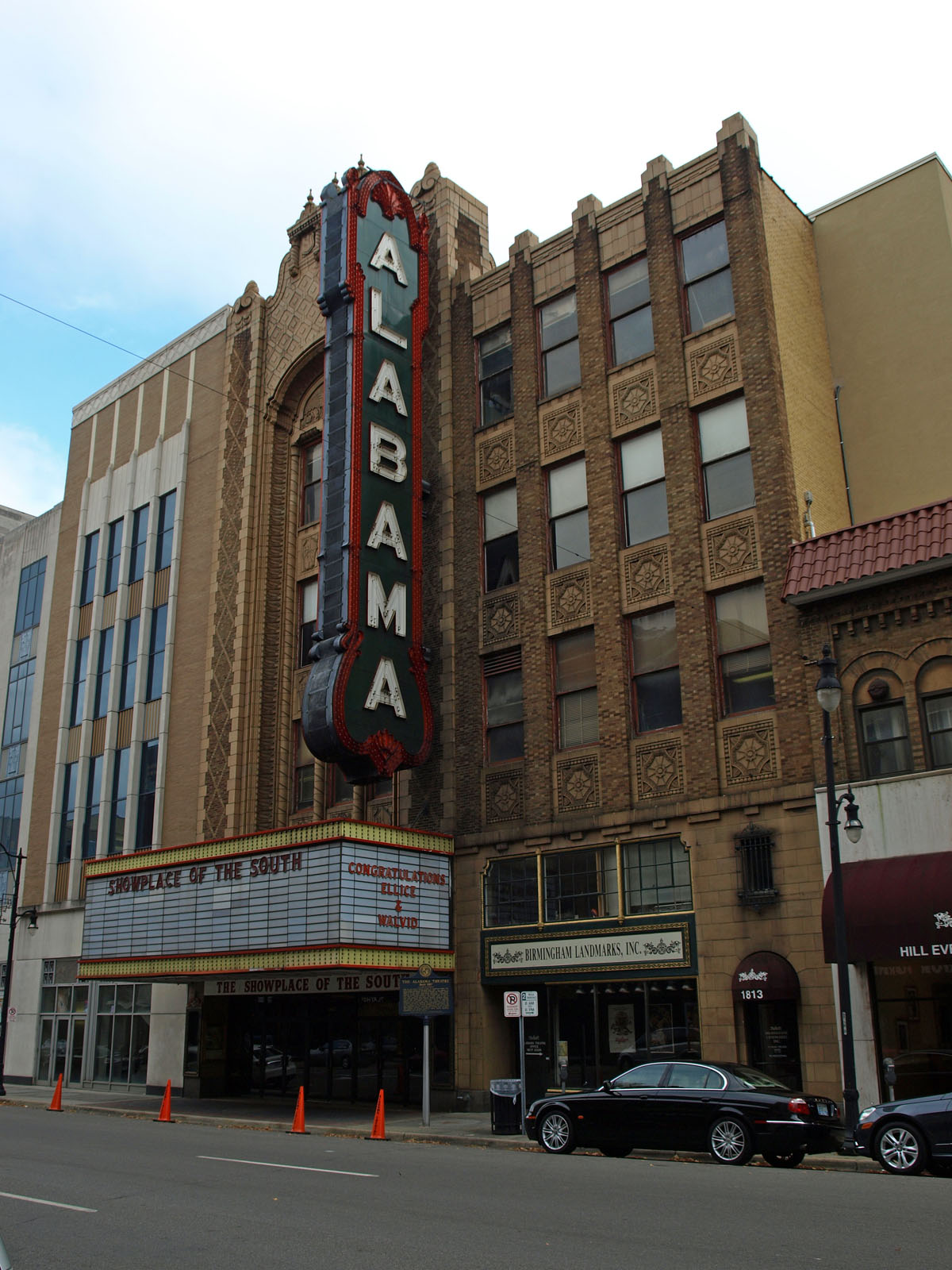 The Alabama Theatre is a movie palace in Birmingham, Alabama. It was built in 1927 by Paramount's Publix Theatre chain as its flagship theater for the southeastern region of the United States. Seating 2,500 people at the time, it was the largest in the Birmingham Theatre district. The district was once home to a myriad of large theaters that featured vaudeville, performing arts, nickelodeons, and large first-run movie palaces. The Alabama is the only district theater still operating today. Built to show silent films, the Alabama still features its original Wurlitzer theater organ. Other than the Alabama, the Lyric Theatre is the only theater still standing in the district. (Wikipedia)