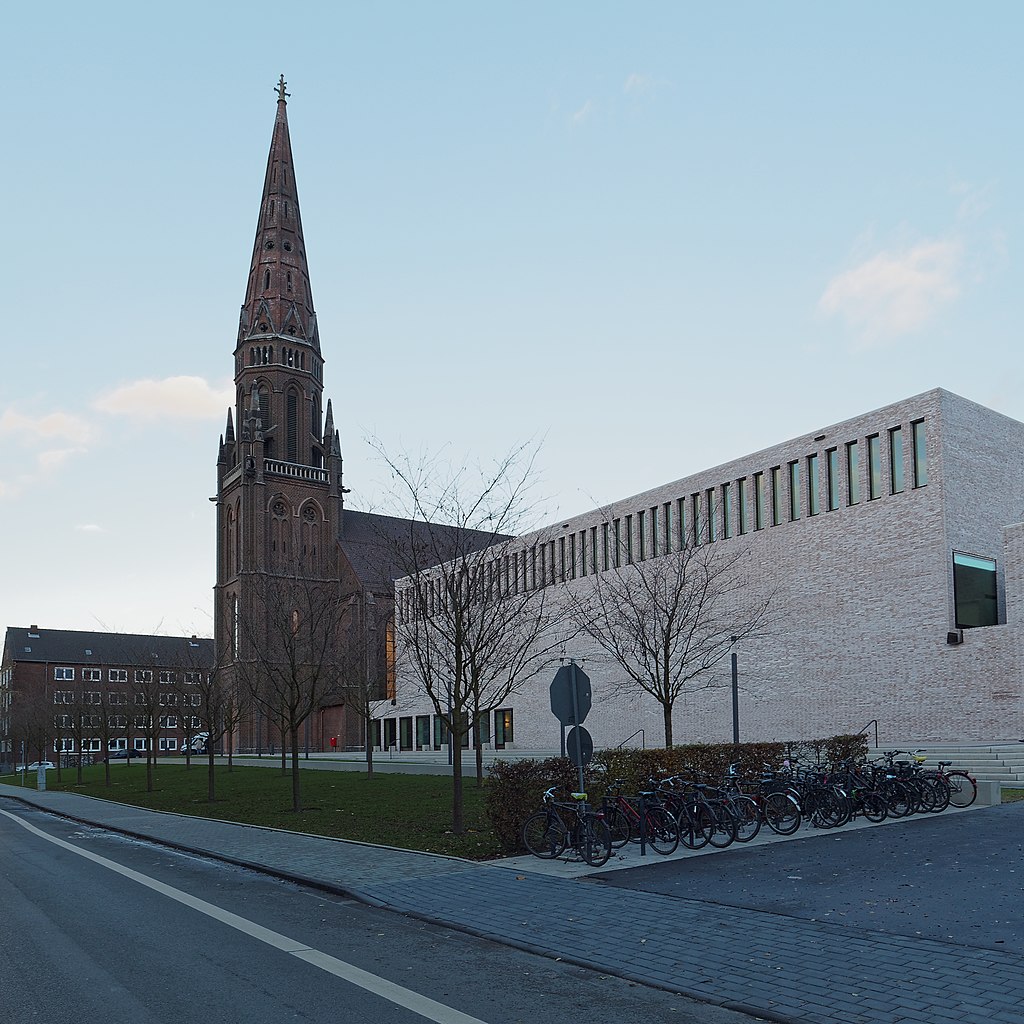 The Anneliese Brost Musikforum Ruhr is a music hall for classical music. It is located in Bochum, Germany. It was opened on 28 October 2016. The building consists of three parts: an auditorium holding up to 1026 people, the entrance area in the middle (which is in the desacralized church of St. Marien), and a second hall which holds an audience of up to 250 people. The big hall is designed for symphonic concerts, the smaller one for chamber music. (Wikipedia)