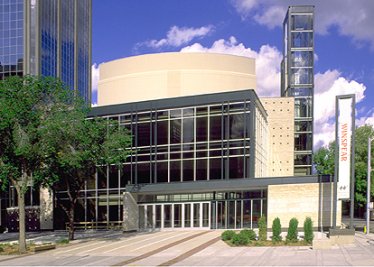 © The Edmonton Symphony Society and the Edmonton Concert Hall Foundation

The Francis Winspear Centre for Music is a performing arts centre located in the downtown core of Edmonton, Alberta, Canada. Opened in 1997, it is the home of the Edmonton Symphony Orchestra. The centre is named after Dr. Francis G. Winspear, who donated $6 million ($9.0 million today) to the construction of the facility - the single largest private donation to a performing arts facility in Canadian history. (Wikipedia)