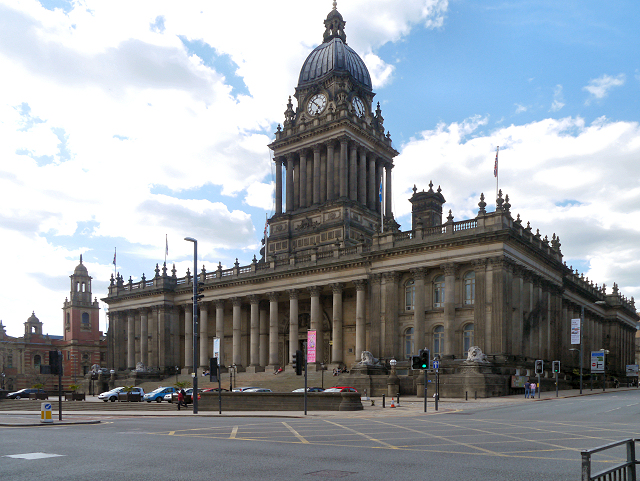 Leeds Town Hall was built between 1853 and 1858 on The Headrow (formerly Park Lane), Leeds, West Yorkshire, England, to a design by architect Cuthbert Brodrick. It was planned to include law courts, a council chamber, a public hall, a suite of ceremonial entertaining rooms and municipal offices. With the building of the Civic Hall in 1933 some of those functions moved away and it became essentially a public hall and law courts. (Wikipedia)