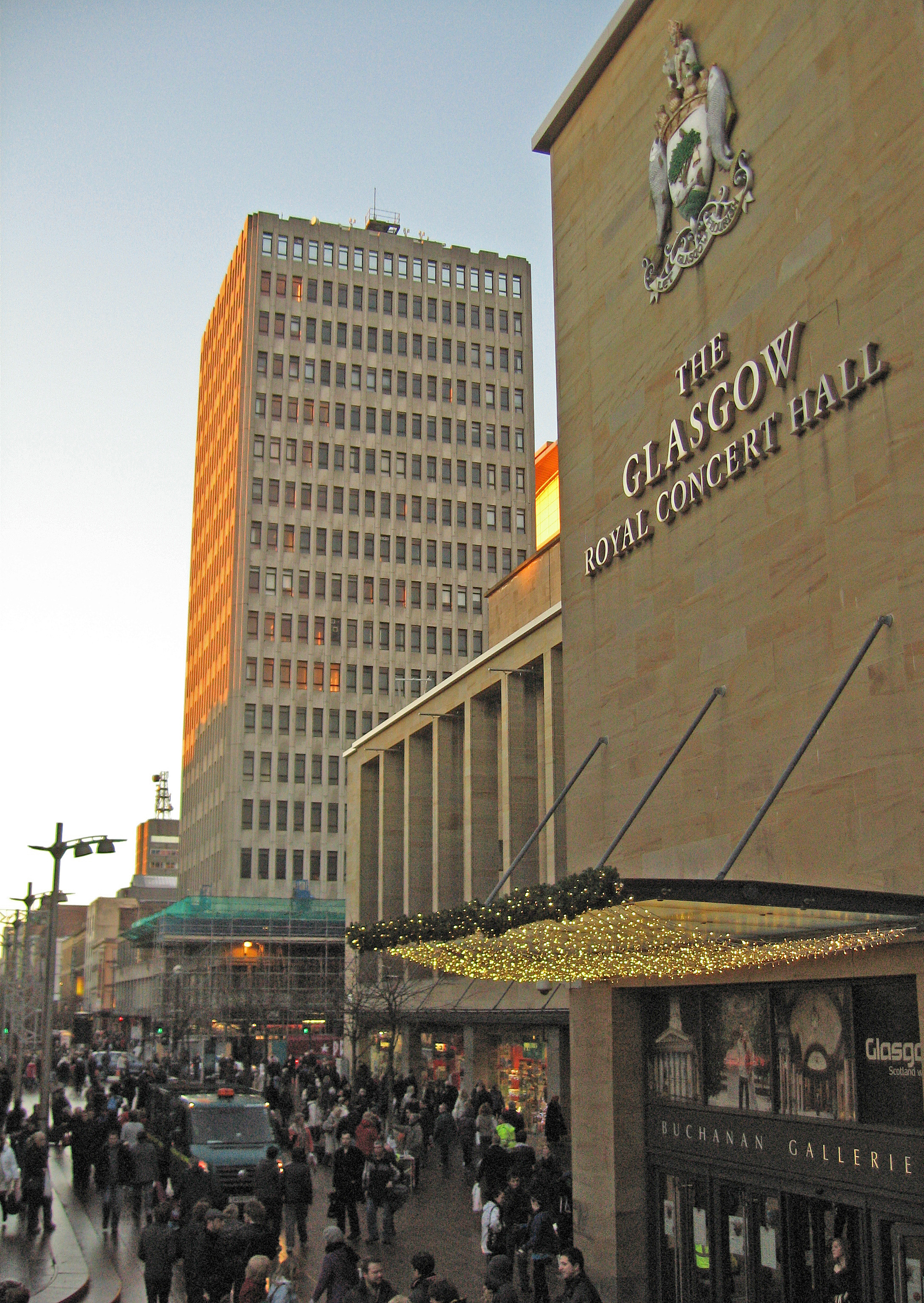 It is the replacement for the acclaimed St. Andrews Hall, adjacent to the Mitchell Library, which had been destroyed by fire in 1962, and was promoted and constructed in time for the city being recognised in the 1980s as the European City of Culture. The Concert Hall stands at the junction of Buchanan Street and Sauchiehall Street with a performers` entrance in West Nile Street, and public entrances in Buchanan street and in Killermont Street, with the RSNO Centre added in later years. The development also anticipated the adjacent major shopping mall, which opened as the Buchanan Galleries a decade later. The auditorium area is insulated by a massive rubber membrane built into the floor - damping out noise and vibration from the Subway tracks which run underneath. (Wikipedia)