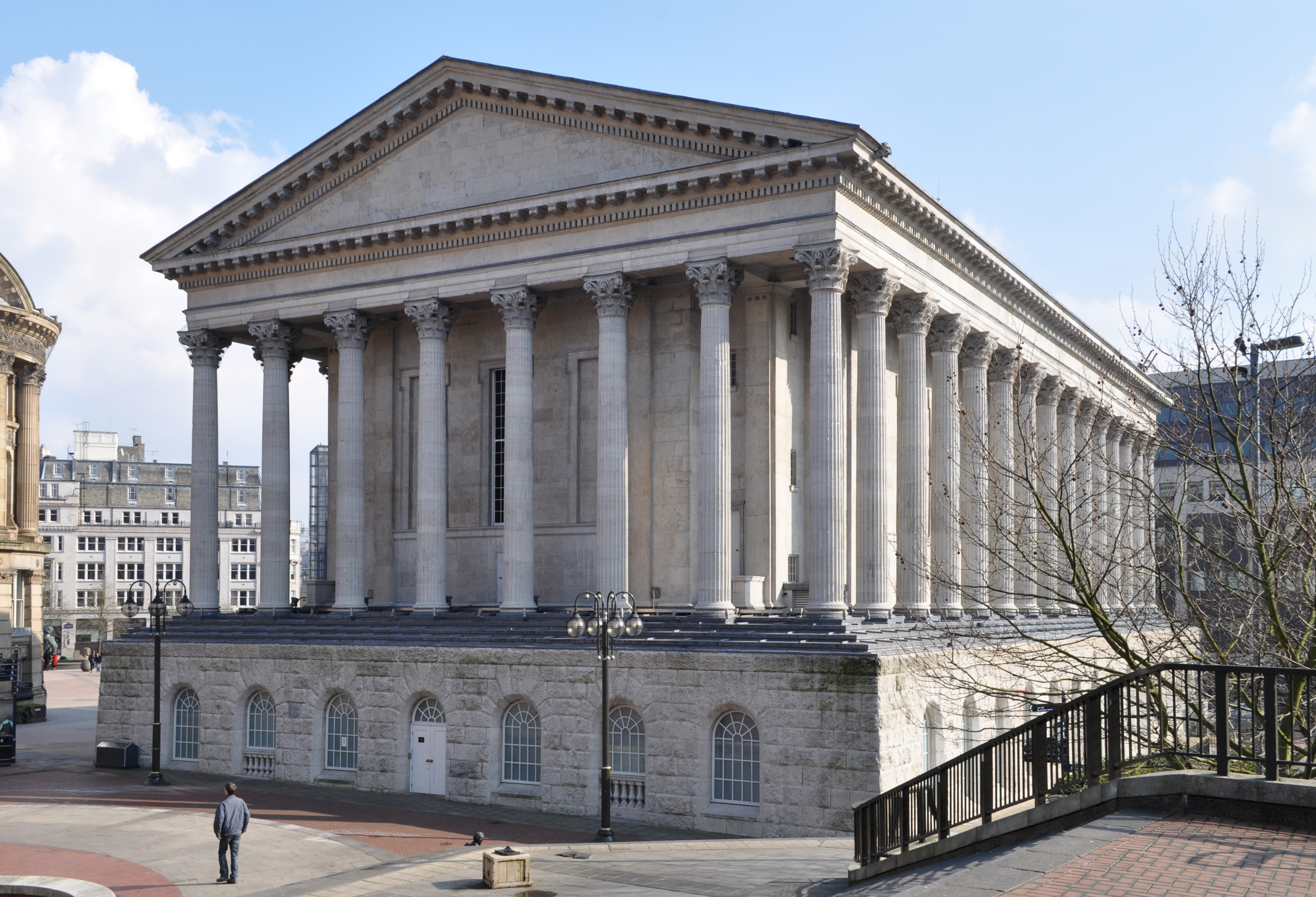 The first of the monumental town halls that would come to characterise the cities of Victorian England, Birmingham Town Hall was also the first significant work of the 19th-century revival of Roman architecture, a style chosen here in the context of the highly charged radicalism of 1830s Birmingham for its republican associations. The design was based on the proportions of the Temple of Castor and Pollux in the Roman Forum. "Perfect and aloof" on a tall, rusticated podium, it marked an entirely new concept in English architecture. (Wikipedia)