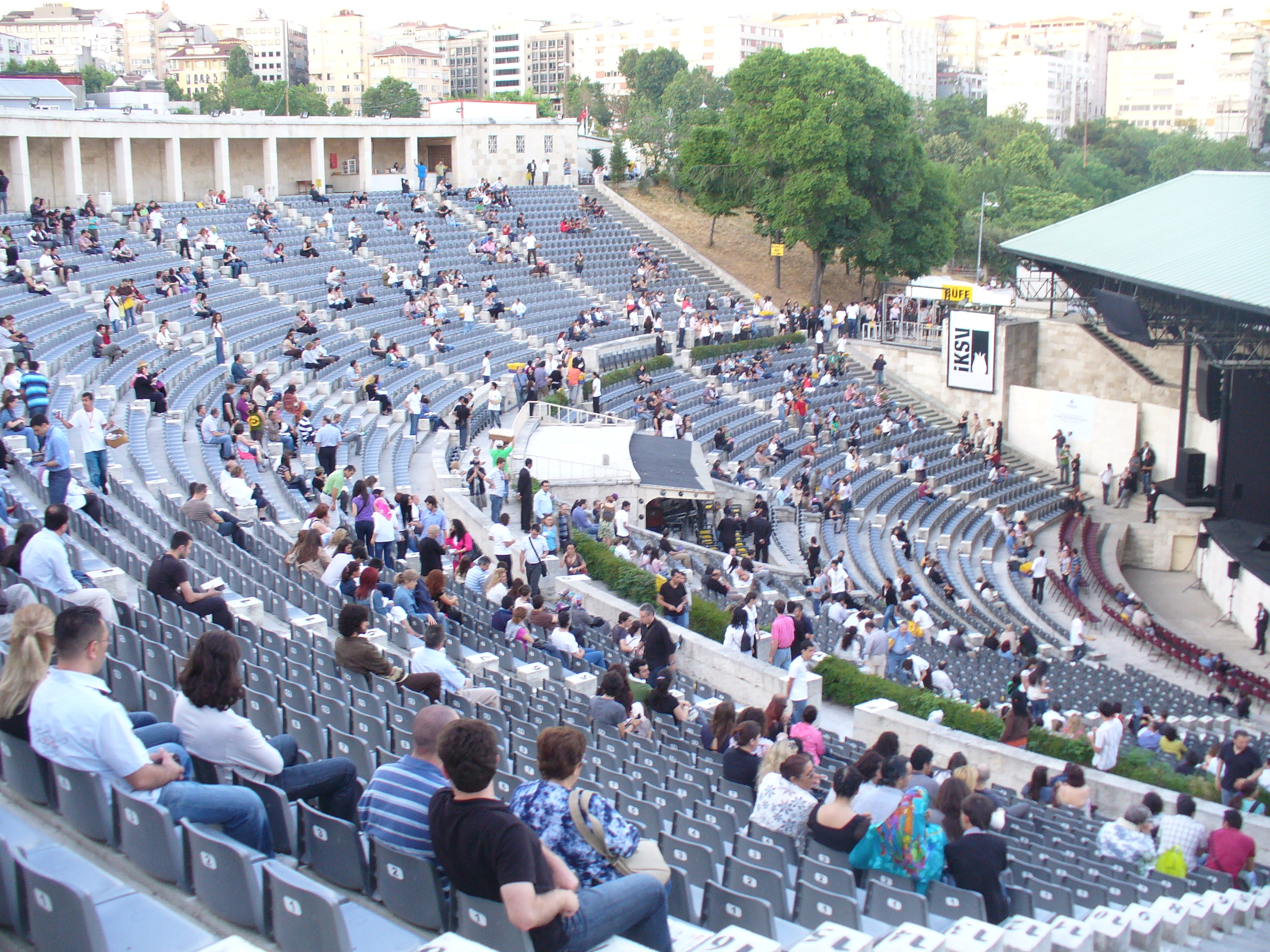 The Cemil Topuzlu Open-Air Theatre (Turkish: Cemil Topuzlu Harbiye Açık Hava Tiyatrosu, also called simply Açık Hava Tiyatrosu) is a contemporary amphitheatre located at Harbiye neighborhood of Şişli district in Istanbul, Turkey. It is situated across from the Istanbul Lütfi Kırdar Convention and Exhibition Center, and behind the Hilton Istanbul Bosphorus on the European side of the city. (Wikipedia)