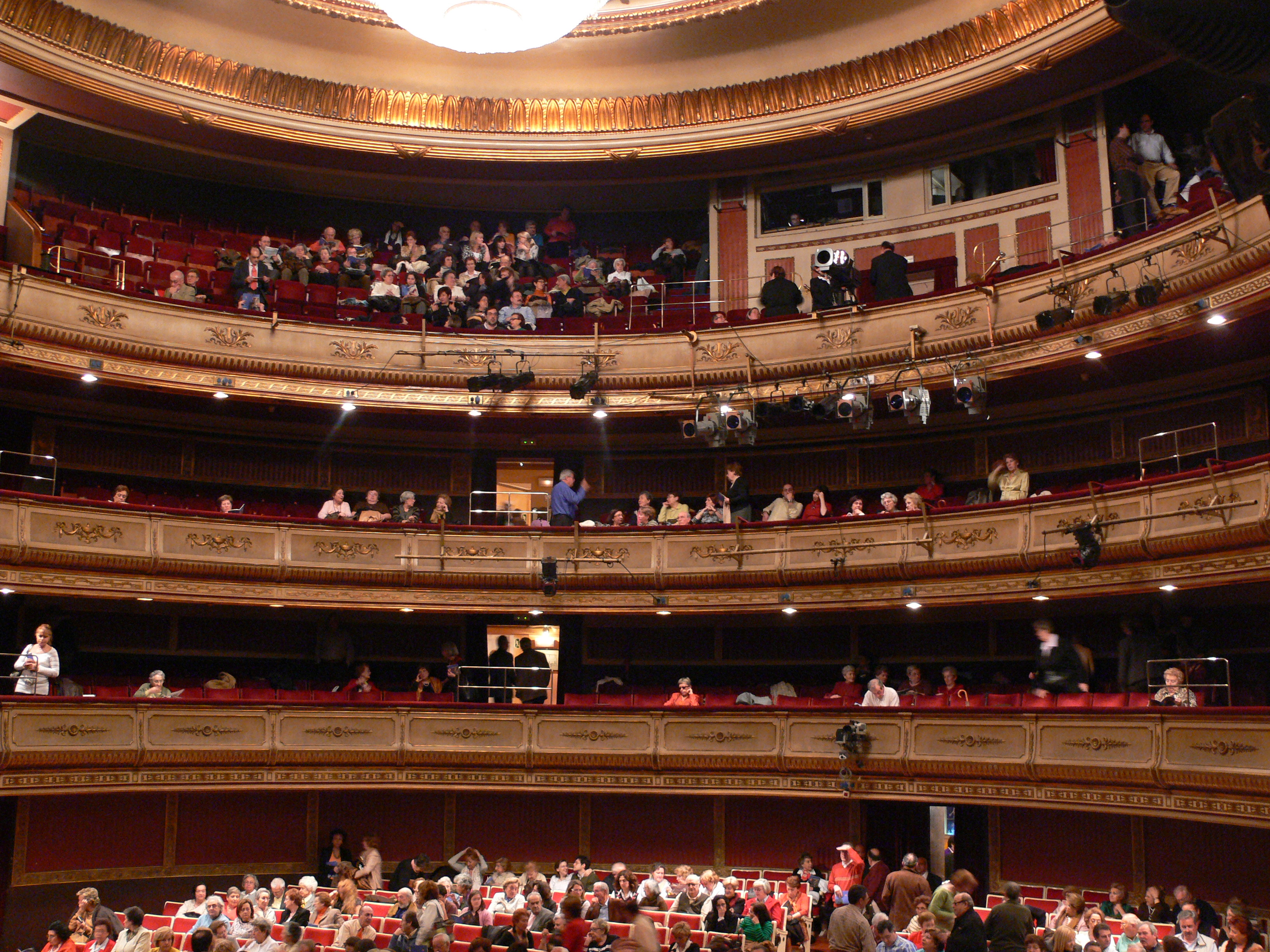 The theatre was designed by architect Jerónimo de la Gándara and built by José María Sánchez Guallart on the initiative of the Spanish Lyrical Company to provide a space for performances of operettas in the Spanish capital. It was modelled on the La Scala theatre in Milan with its three-level horseshoe form and opened to the public on 10 October 1856, the birthday of Queen Isabella II. The name refers to zarzuela, a theatre form that alternates spoken and sung scenes. Its promoters were established masters of the genre such as Francisco Asenjo Barbieri, Rafael Calleja Gómez, Joaquín Gaztambide, Rafael Hernando, José Inzenga, baritono Francisco de Salas, librettist Luis de Olona and composer Cristóbal Oudrid, under Francisco de las Rivas, an important banker. (Wikipedia)