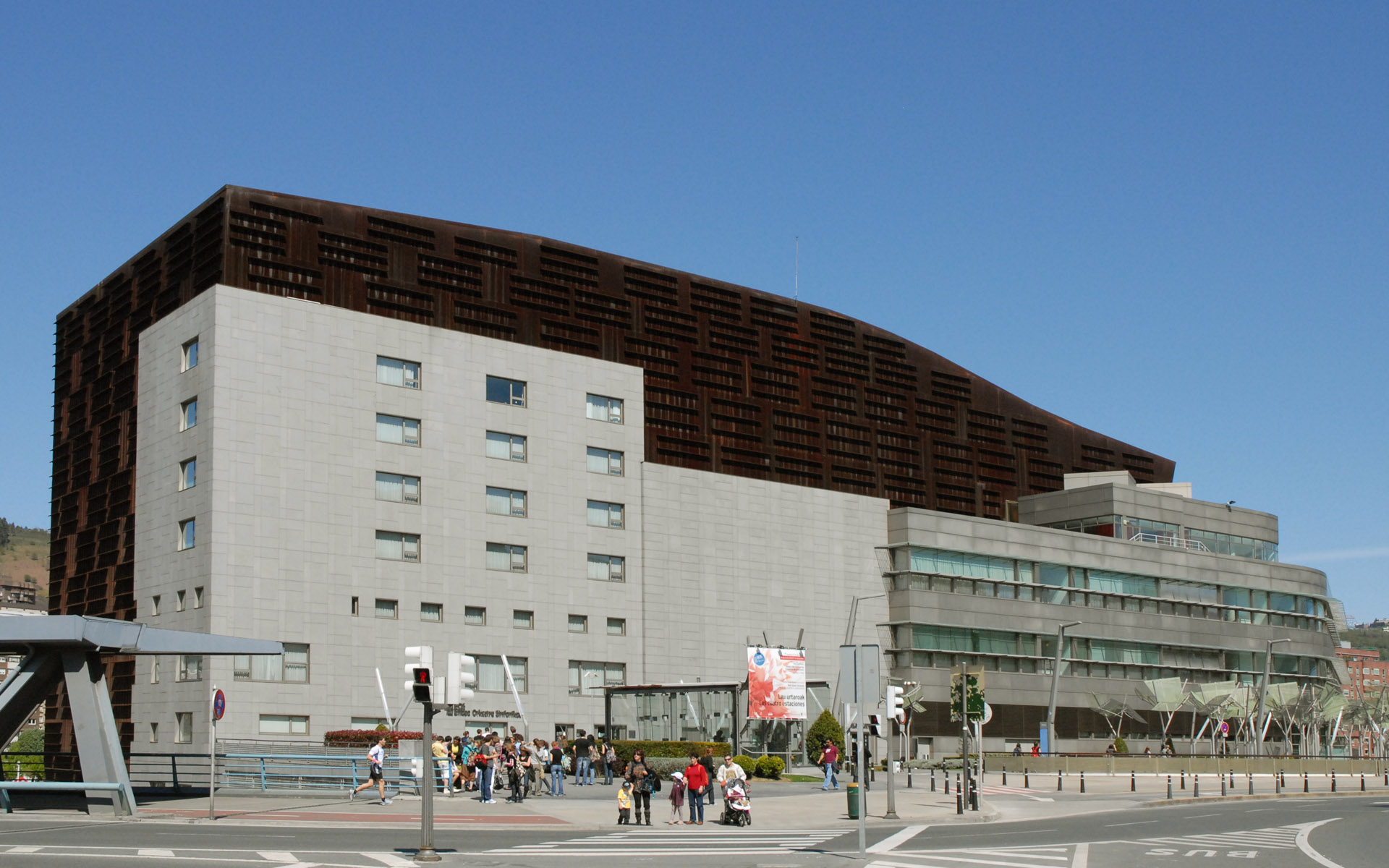 It was designed by architects Federico Soriano and Dolores Palacios and construction started in 1994. It was inaugurated in February 1999 and contains a variety of spaces, functioning as a conference center, opera house and concert hall. In 2003 it was declared by the International Congress Palace Association as the world's best congress center. The building also won the Enric Miralles award. Euskalduna organizes and hosts a wide range of activities, including cultural, political, business, academic and social events. The main auditorium in the building has 2.164 and can host theatre, ballet, concerts, and opera. The building is equipped with storage space, dressing rooms, rehearsal rooms. (Wikipedia)