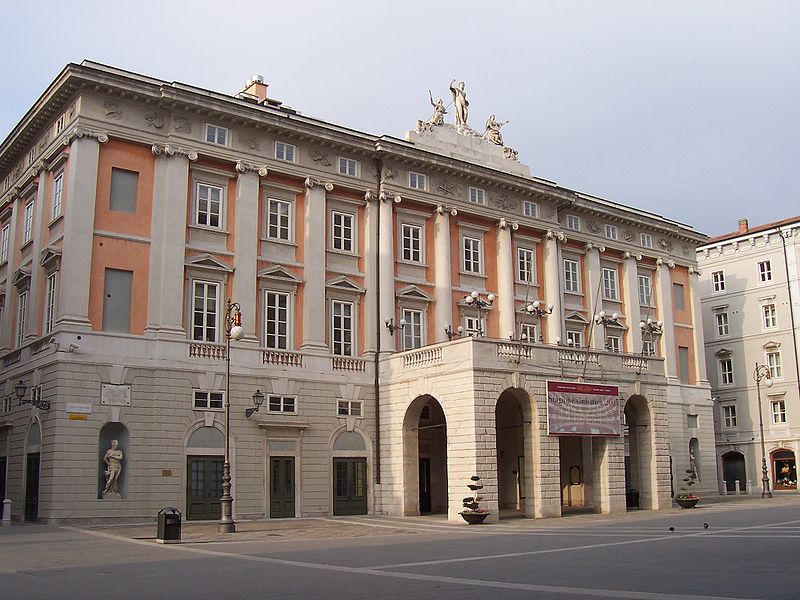 The Teatro Lirico Giuseppe Verdi is an opera house located in Trieste, Italy and named after the composer Giuseppe Verdi. Privately constructed, it was inaugurated as the Teatro Nuovo to replace the smaller 800-seat "Cesareo Regio Teatro di San Pietro" on 21 April 1801 with a performance of Johann Simon Mayr's Ginevra di Scozia. Initially, the Nuovo had 1,400 seats. In 1821, it became known as the Teatro Grande. (Wikipedia)