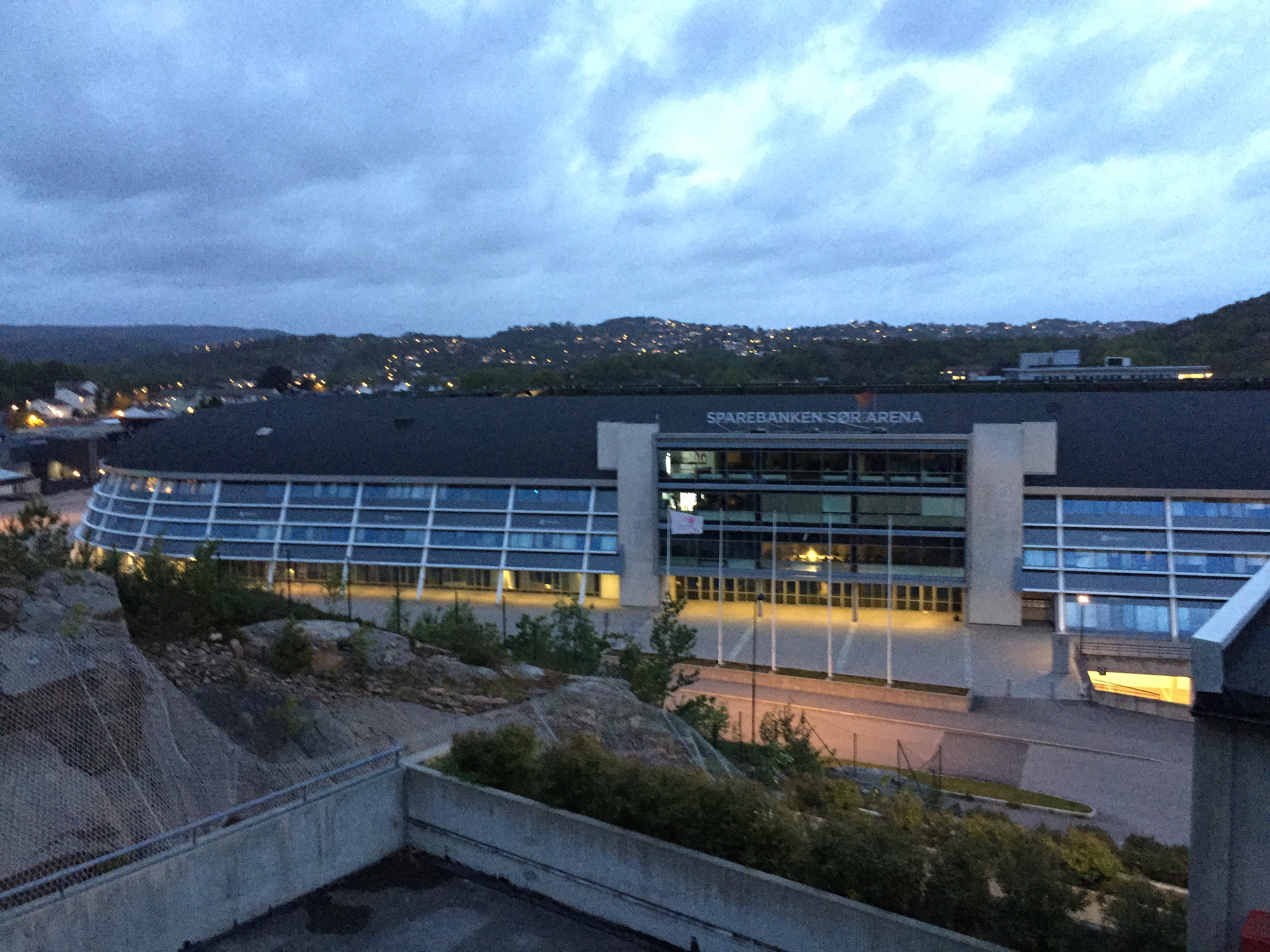 Sparebanken Sør Arena ("South Arena") is a football stadium located at Torsvika in Kristiansand, Norway. The all-seater has a capacity of 14,563 people, and serves as the home ground of Tippeligaen side IK Start. It was designed by Kjell Kosberg, and is architecturally similar to Aker Stadion. The venue has seen concerts by Elton John, Dolly Parton and A-ha, among others.. UEFA refers to the stadium as Kristiansand Arena. (Wikipedia)