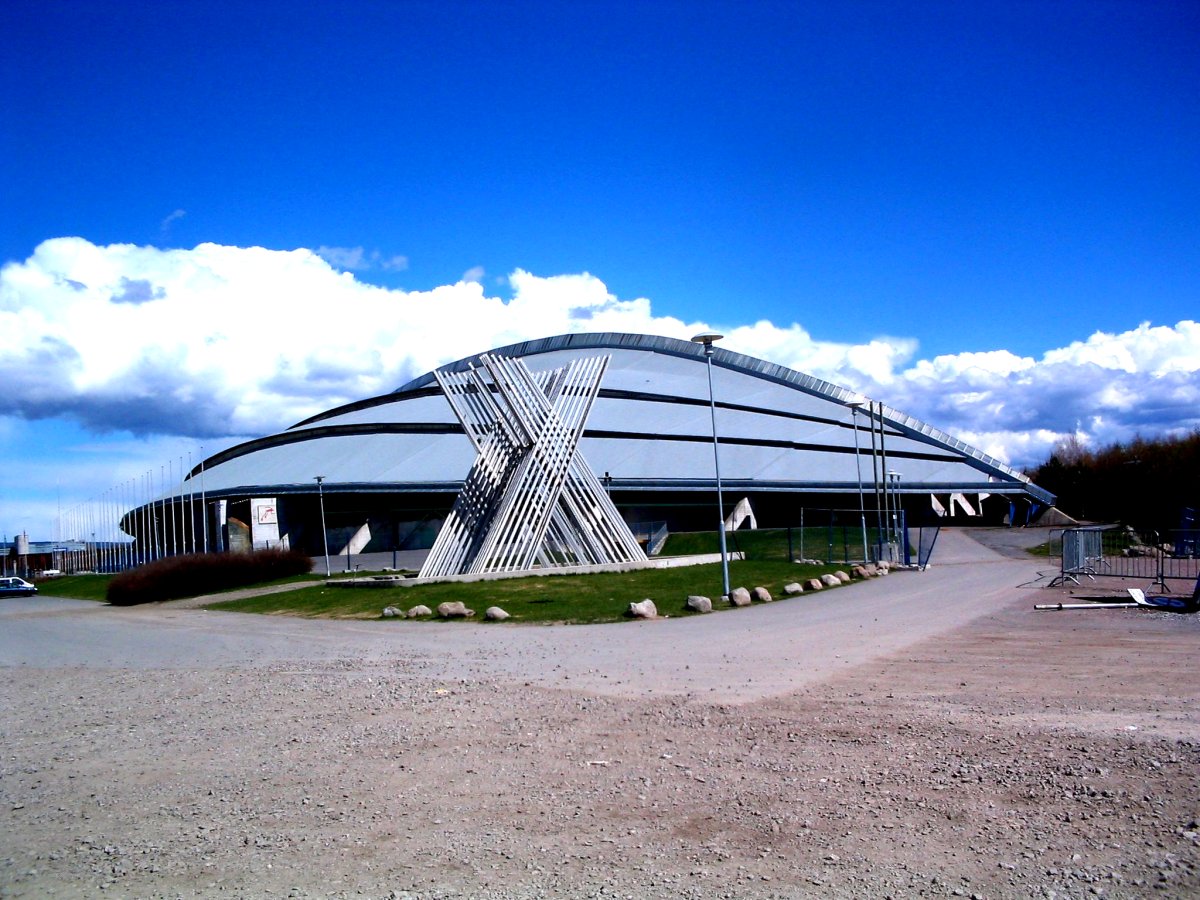 Vikingskipet ("The Viking Ship"), officially known as Hamar Olympic Hall (Norwegian: Hamar olympiahall), is an indoor multi-use sport and event venue in Hamar, Norway. It was built as the speed skating rink for the 1994 Winter Olympics, and has since also hosted events and tournaments in ice speedway, rally, association football, bandy, ice sledge speed racing, flying disc and track cycling. The arena is also used for concerts, trade fair and the annual computer party The Gathering. It is the home arena of Hamar IL bandy team. The venue is owned by Hamar Municipality, and along with Hamar Olympic Amphitheatre is run by the municipal Hamar Olympiske Anlegg. Vikingskipet has a capacity for 10,600 spectators during sporting events and 20,000 during concerts. (Wikipedia)