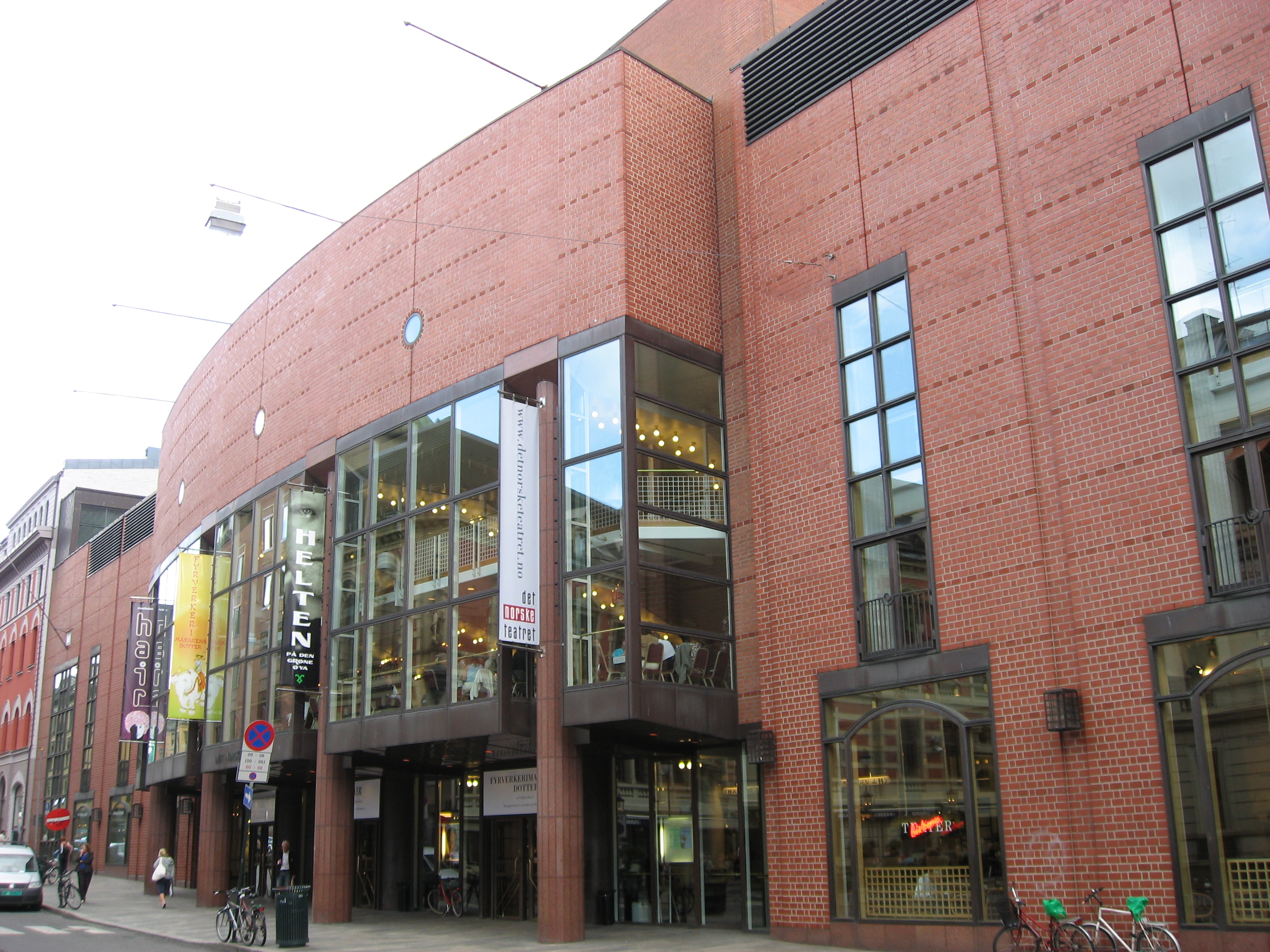 Det Norske Teatret (English: Norwegian Theater) is a theatre in Oslo. The theatre was founded in 1912, after an initiative from Hulda Garborg and Edvard Drabløs. It opened in 1913, touring with two plays, Ervingen by Ivar Aasen and Rationelt Fjøsstell by Hulda Garborg. Its first official performance was Ludvig Holberg's comedy Jeppe på berget, with Haakon VII of Norway and the prime minister of Norway among the spectators. Hulda Garborg was the first board manager, and Rasmus Rasmussen was the first theatre director. The theatre primarily performs plays written in or translated into Nynorsk. (Wikipedia)