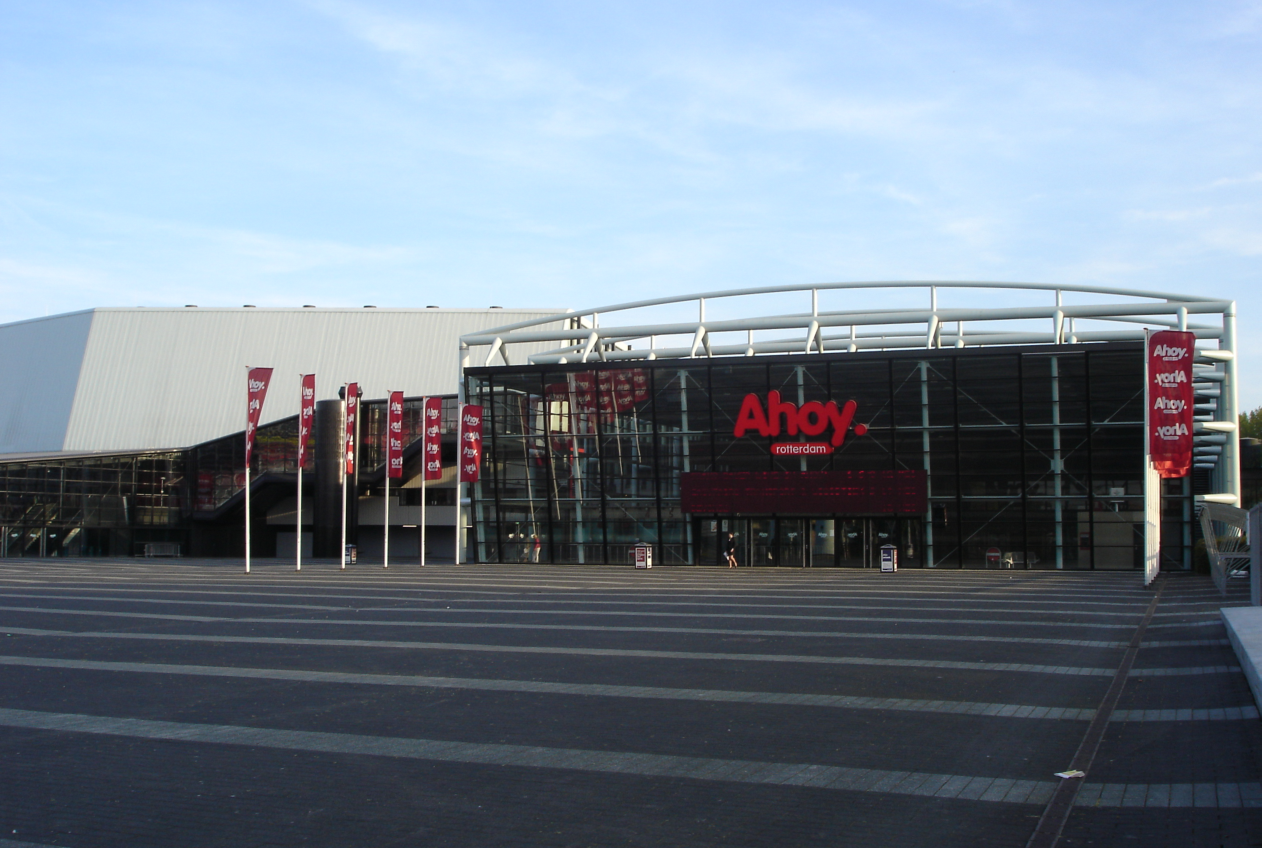 Rotterdam Ahoy (often referred to as Ahoy) is a convention centre and arena located in Rotterdam, Netherlands. Since opening in 1950, the centre has hosted many exhibitions, concerts and sporting events. The centre consists of three main parts: the "Beurs- & Evenementenhallen", "Congres- & Vergadercentrum" and "Ahoy Arena". The main concert venue, the Ahoy Arena (known as the "Sportpaleis van Ahoy" from 1971-2016), opened on 15 January 1971. (Wikipedia)