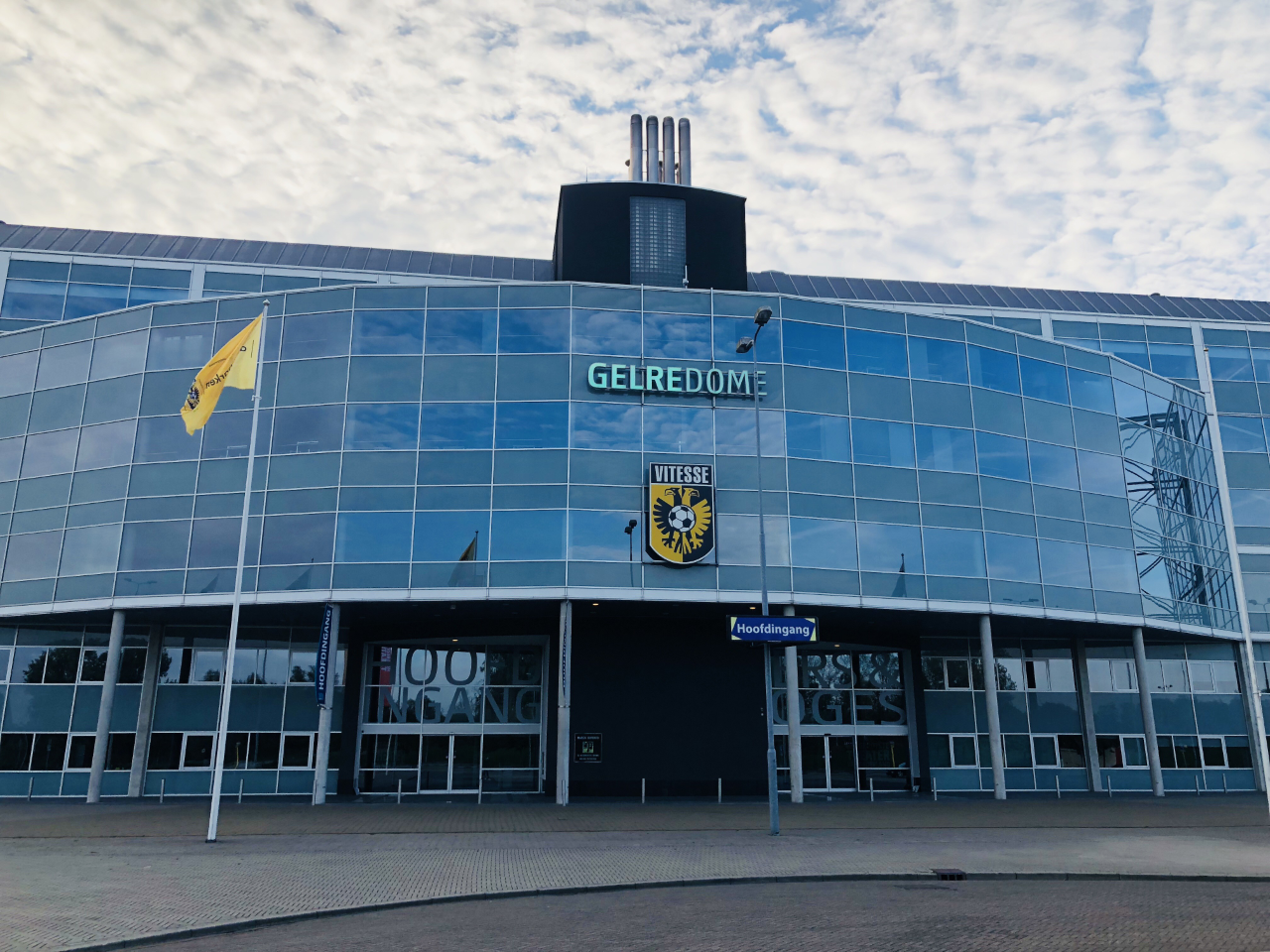 The GelreDome (Dutch pronunciation: [ˈɣɛlrədoːm]) is a football stadium in the city of Arnhem, Netherlands. It is one of the largest and modern stadium in the country, built from 1996 to 1998 at a cost equivalent to €75 million, that opened on 25 March 1998. The stadium is the home of the association football club Vitesse Arnhem since 1998. It was one of the stadiums used during Euro 2000 tournament held in the Netherlands and Belgium. (Wikipedia)