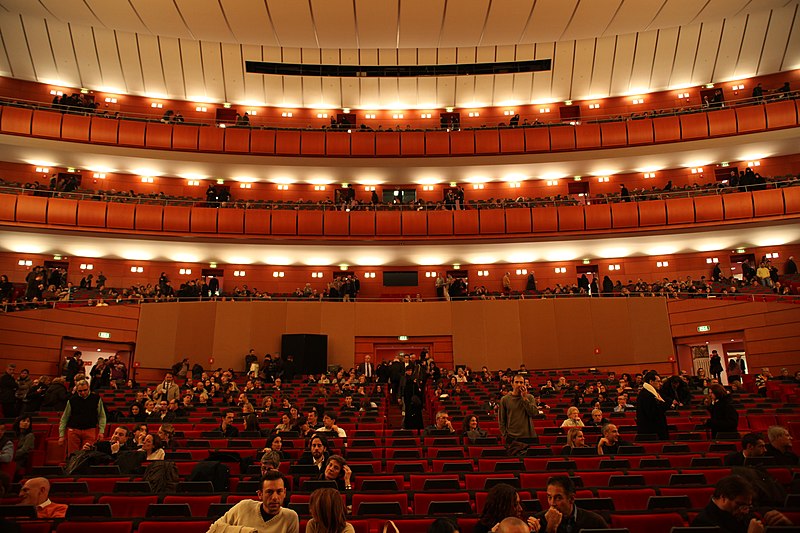 The Teatro degli Arcimboldi is a theatre and opera house in Milan. It was built over a 27-month period in anticipation of the closure and subsequent nearly three-year-long renovation of Milan's La Scala opera house in December 2001. It is located 4.5 miles from the city centre in a converted Pirelli tire factory, in an area known as Bicocca. (Wikipedia)