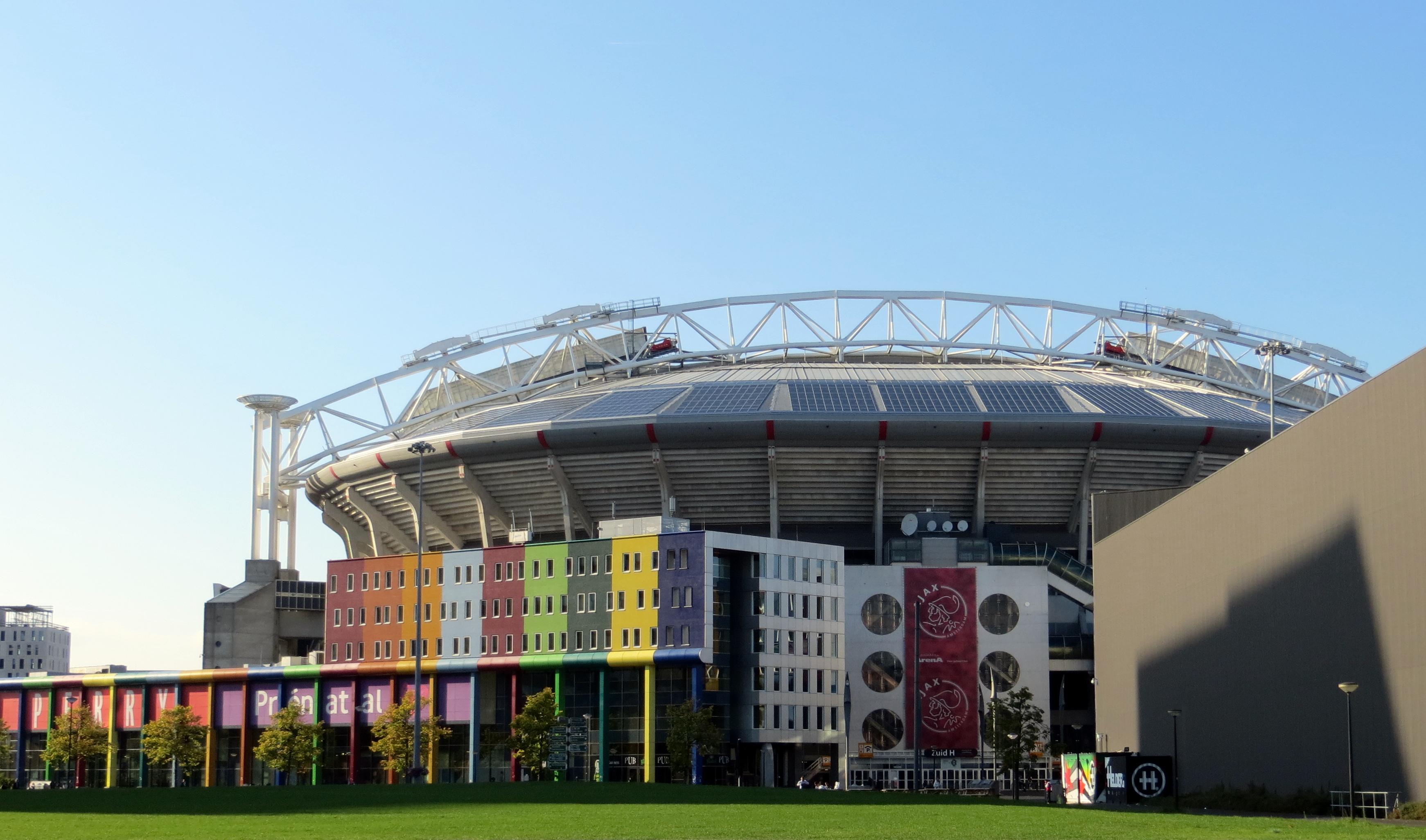 The Johan Cruyff Arena (Dutch: Johan Cruijff Arena [ˈjoːɦɑn ˈkrœyf aːˌreːnaː]; officially stylised as Johan Cruijff ArenA) is the main stadium of the Dutch capital city of Amsterdam. Built from 1993 to 1996 at a cost equivalent to €140 million, it is the largest stadium in the country. The stadium was previously known as the Amsterdam Arena (stylised as Amsterdam ArenA) until the 2018–19 football season, when the stadium was officially renamed in honour of legendary Dutch footballer Johan Cruyff after he died in March 2016. (Wikipedia)