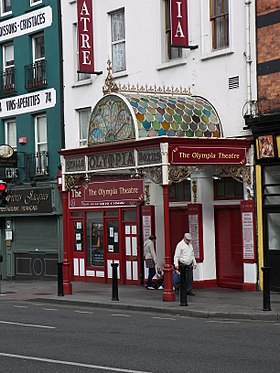 Dublin's Olympia Theatre started out as The Star of Erin Music Hall in 1879. The theatre was built on the site of a former saloon and music hall originally called Connell's Monster Saloon in 1855. It was renamed Dan Lowrey's Music Hall in 1881. In 1889 it was renamed again, this time to Dan Lowrey's Palace of Varieties. It was finally designated its present-day title in 1923. (Wikipedia)