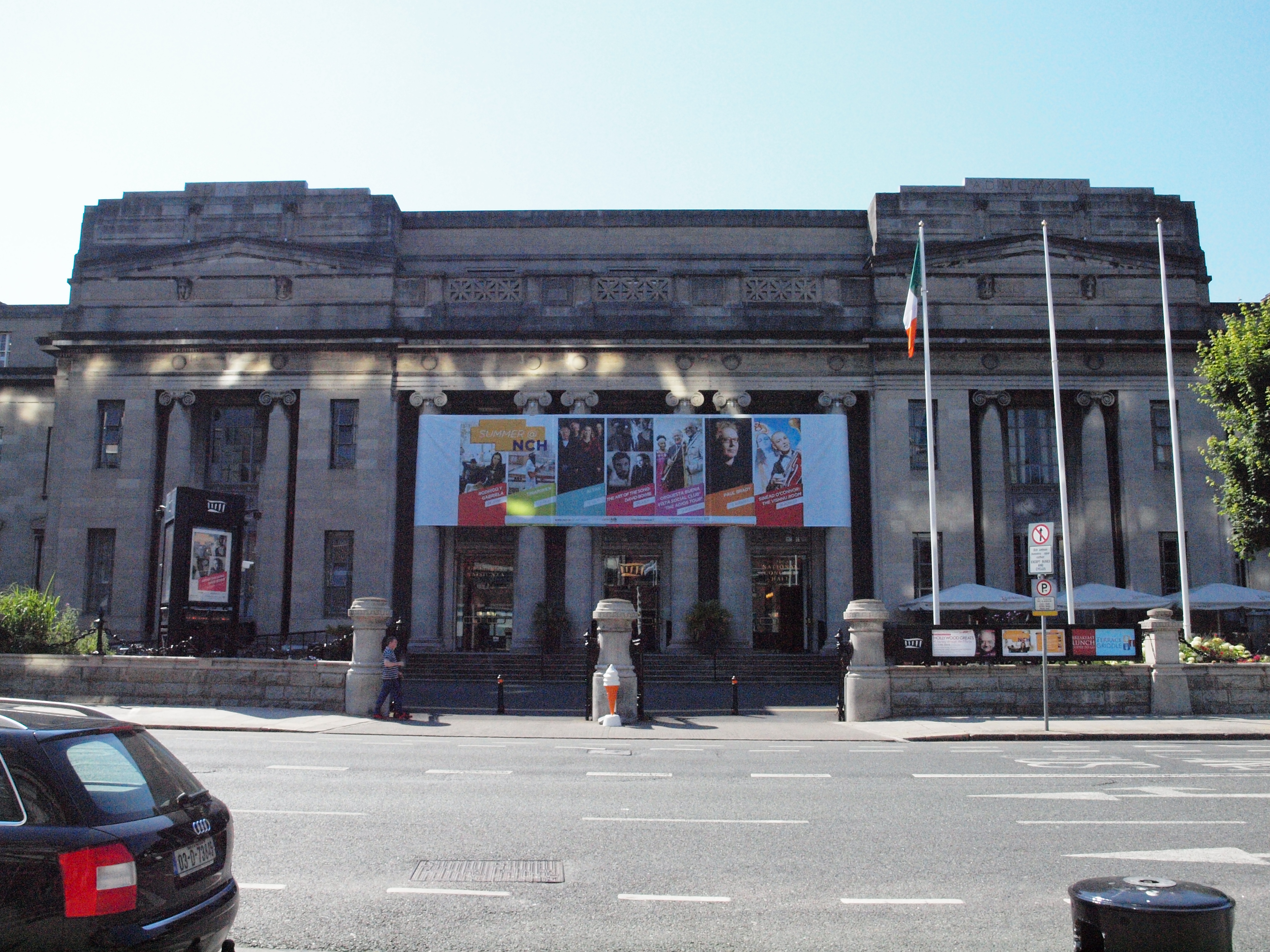 Originally built for the Dublin International Exhibition of Arts and Manufactures of 1865, the structure was converted into the central building of University College Dublin (UCD) at the foundation of the National University of Ireland in 1908. When UCD began to relocate to a new campus at Belfield in the 1960s, part of the building was converted, and reopened as the NCH in 1981. Since then, the structure has been shared with UCD. In 2005 it was announced that UCD is to relocate all of its faculties to Belfield in the near term, allowing the NCH to develop a major expansion plan on the entire site, bringing it in line with international peers. (Wikipedia)