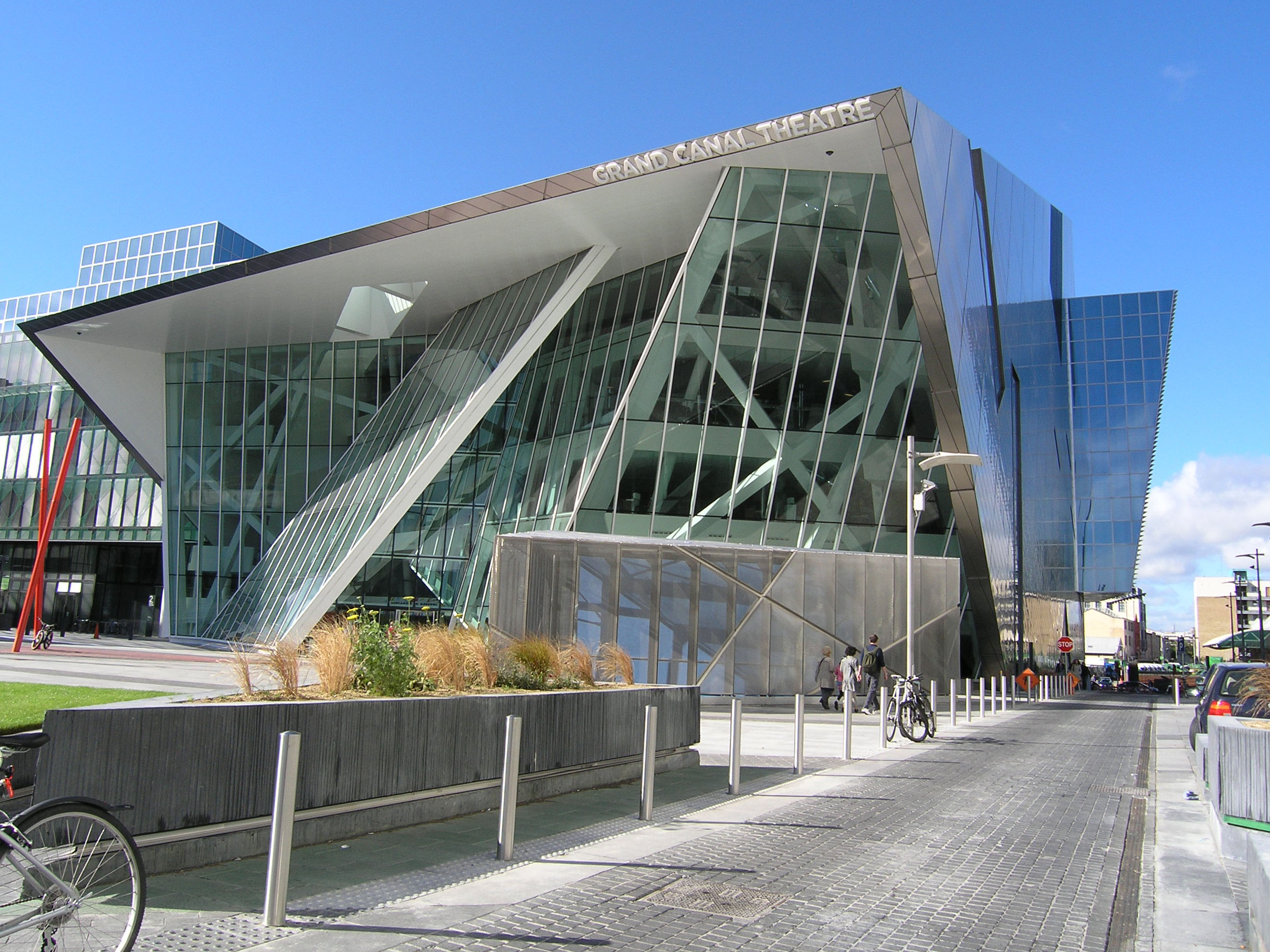 The Bord Gáis Energy Theatre (originally the Grand Canal Theatre) is a performing arts venue, located in the Docklands of Dublin, Ireland. It is Ireland's largest fixed-seat theatre. It was designed by Daniel Libeskind for the DDDA, built by Joe O'Reilly (Chartered Land), and opened by Harry Crosbie on 18 March 2010. It is owned by Bernie and John Gallagher (of Doyle Hotels), who bought the theatre in 2014 from NAMA, through their company, Crownway. (Wikipedia)