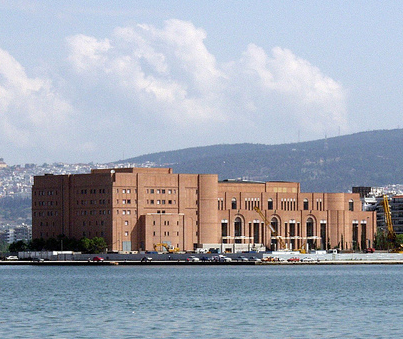 Thessaloniki Concert Hall (Greek: Μέγαρο Μουσικής Θεσσαλονίκης) is a centre for the performing arts in Thessaloniki, Greece. It opened in 2000 on land donated by the Greek state. The complex has two main buildings: M1, with an auditorium that seats 1400; and M2, in more contemporary style by Japanese architect Arata Isozaki, with a number of smaller performance spaces. (Wikipedia)