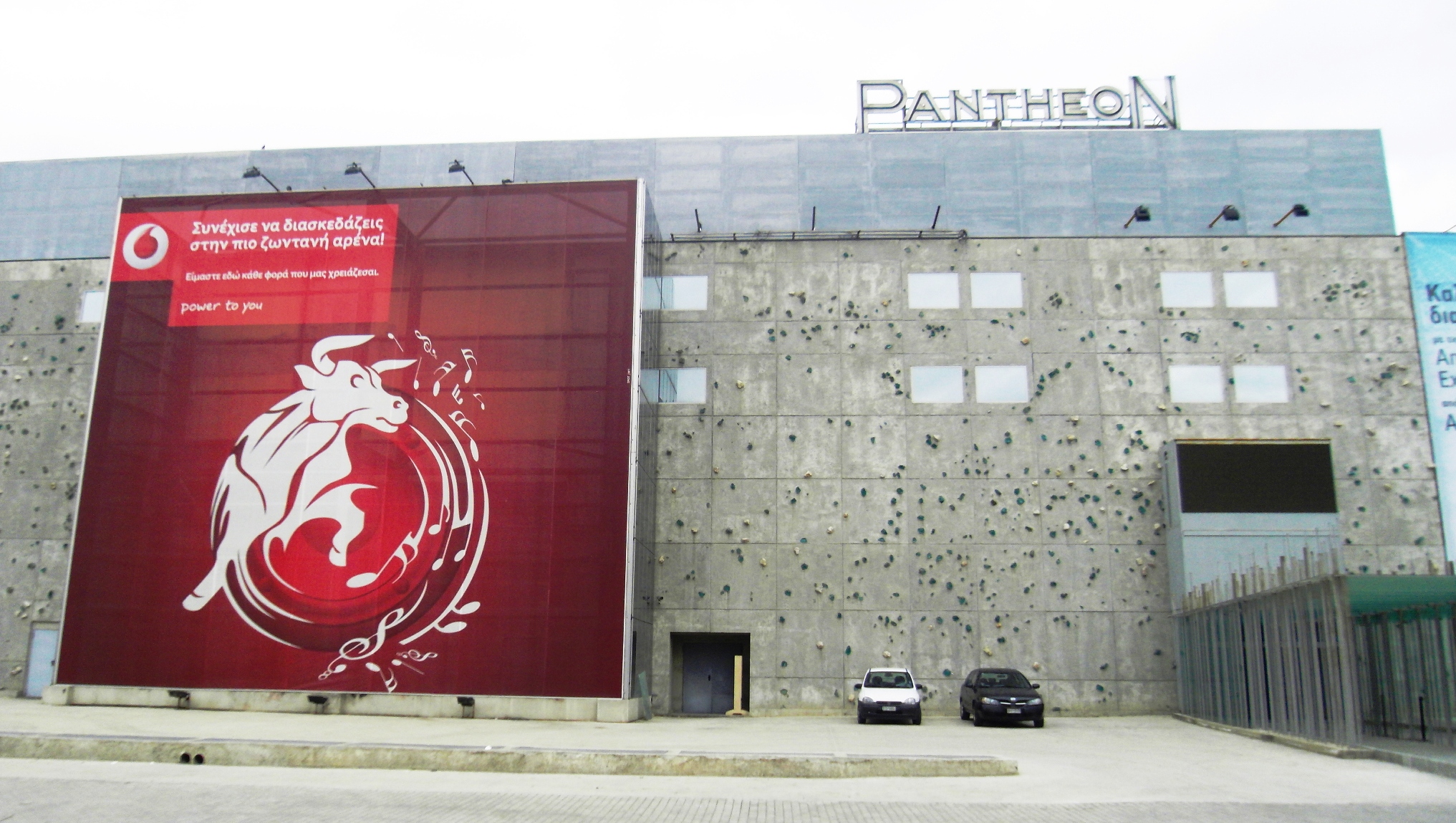 Athens Arena (Athinon Arena) was a grand music venue in Athens, Greece. It was built in 2004 as a large-scale convention centre and concert hall, designed to host up to 3,000 people seated. It was owned by the Papatheoharis Group. Artists featured in the Arena are Marinella, Antonis Remos, Sakis Rouvas and Anna Vissi. Since 2005, it was the venue for the Greek preselection final for the Eurovision Song Contest. On September 23 and 24, 2010 the Arena was the venue for the 1st Eurovoice Music Contest, hosted by Pamela Anderson and Éric Serra, with special guests Sakis Rouvas, Enrique Iglesias and Anastacia. (Wikipedia)