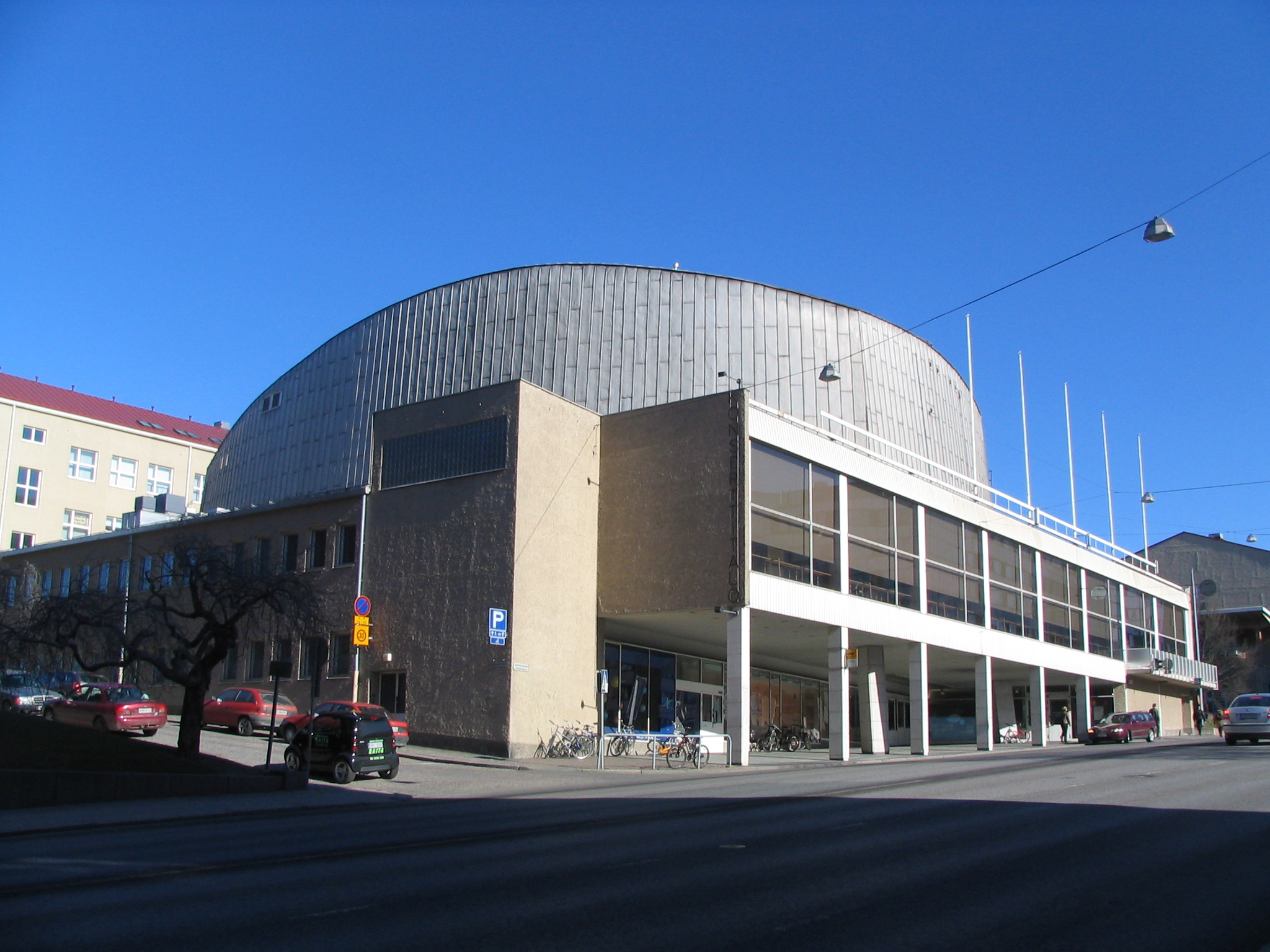 Turku Concert Hall (Finnish: Turun konserttitalo, Swedish: Åbo konserthus) is located on the north side of the Puutori market square in Turku, Finland. The hall was designed by architect Risto-Veikko Luukkonen and constructed in 1952. It was the first concert hall in Finland. The Turku Philharmonic Orchestra primarily performs at the concert hall but there are many top international venues that perform there as well. (Wikipedia)