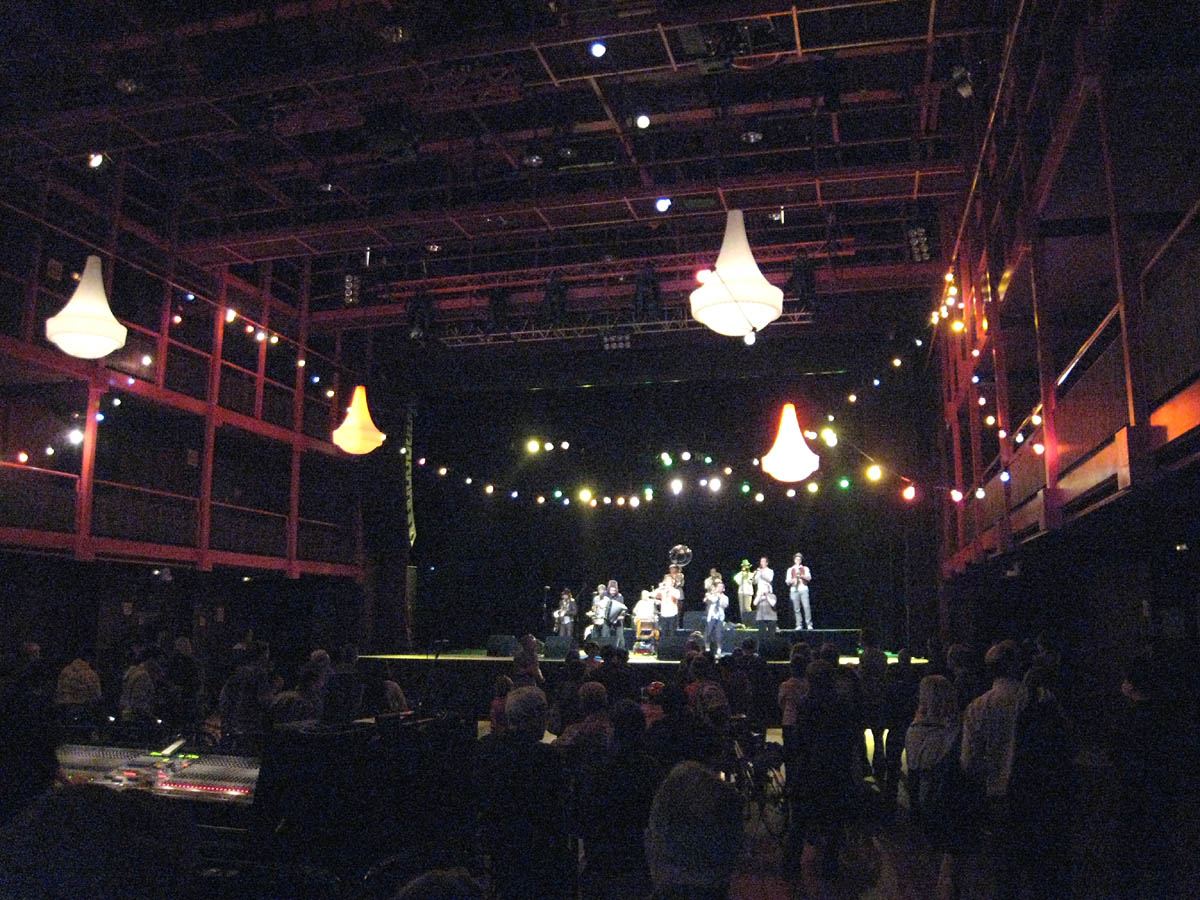 The venue consists of three concert halls: the "Main Hall", the "ABBox", and the "ABClub". The Main Hall is, logically, the Ancienne Belgique's main hall, and has a capacity of 2,000 people. It is said to be one of the best concert halls in Belgium, with perfect acoustics.[citation needed] The ABBox is the newest addition to the Ancienne Belgique. It is the same space as the Main Hall, but rearranged for greater intimacy: the seats in the back and the balconies at the sides of the hall are covered, limiting its capacity to 800 people. The ABBox is the Ancienne Belgique's response to the need for a smaller concert hall to host less well-known acts, helping them gain a new and larger audience. The ABClub has a capacity of approximately 250 people, and hosts smaller, up-and-coming acts. (Wikipedia)