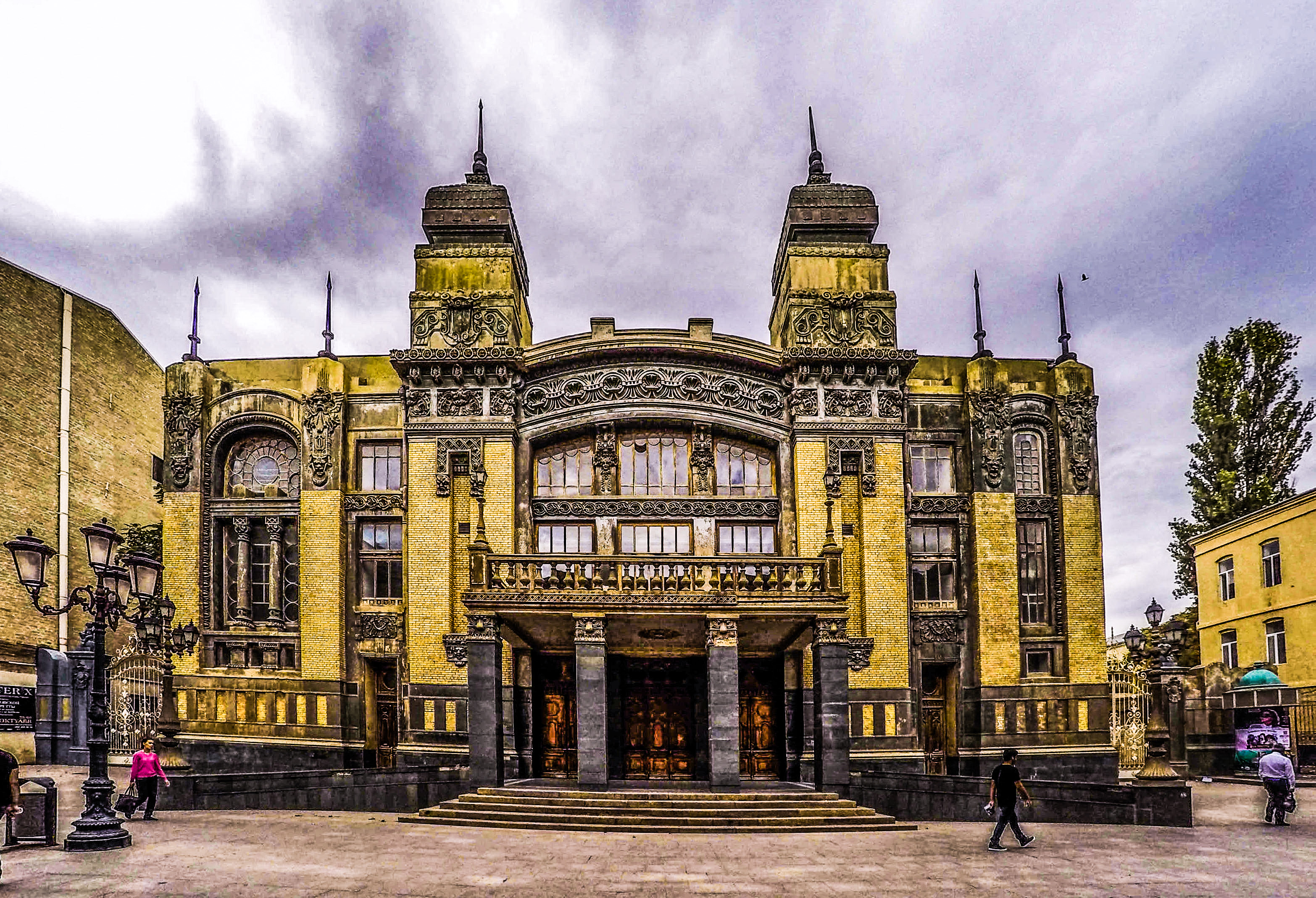 The theatre was built at the request of magnate Daniel Mailov and funded by magnate Zeynalabdin Taghiyev. In 1910, famous Russian soprano Antonina Nezhdanova visited Baku giving several concerts at various clubs and performance venues. On a ball organized on the occasion of Nezhdanova's departure at the local casino, she was asked whether she would like to visit Baku again. Her response was negative followed by a concern that in a city of so many wealthy people no one would fund the construction of a decent opera theatre where singers could fully demonstrate their musical talent. Daniel Mailov who had grown to admire both Nezhdanova's voice and persona during her tour decided to use this opportunity and offered her to revisit Baku in one year to attend the opening of a new opera theatre, which he would order to build in her honour. According to an urban legend, Mailov and his brother were not invited to a housewarming ball of a famous opera singer from Baku whose new house (now the head office of SOCAR) was one of the most outstanding pieces of architecture in the city. The Mailovs therefore decided to erect a building of their own outdoing the "tactless" singer.[citation needed] (Wikipedia)