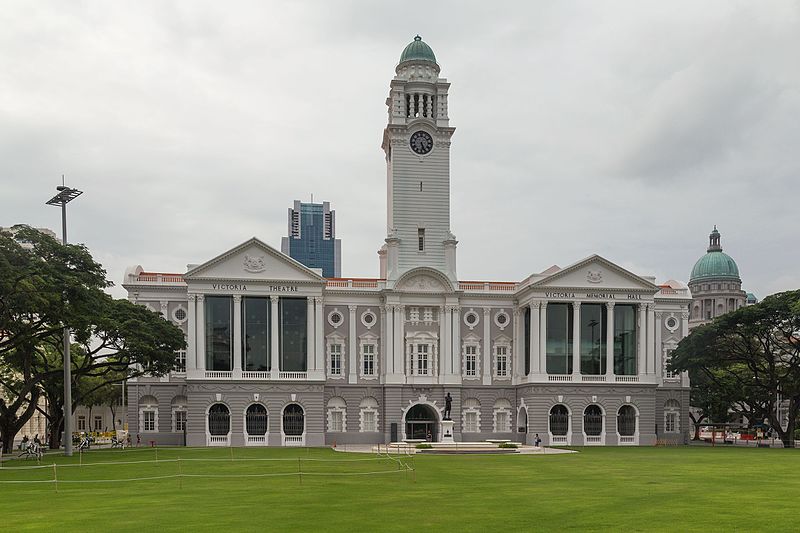 The Victoria Theatre and Concert Hall is a performing arts center in the Central Area of Singapore, situated along empress place. It is a complex of two buildings and a clock tower joined together by a common corridor; the oldest part of the building was first built in 1862, and the complex was completed in 1909. The complex has undergone a number of renovations and refurbishment, mostly recently in 2010 when the complex was closed for a four-year renovation project. It reopened on 15 July 2014. (Wikipedia)