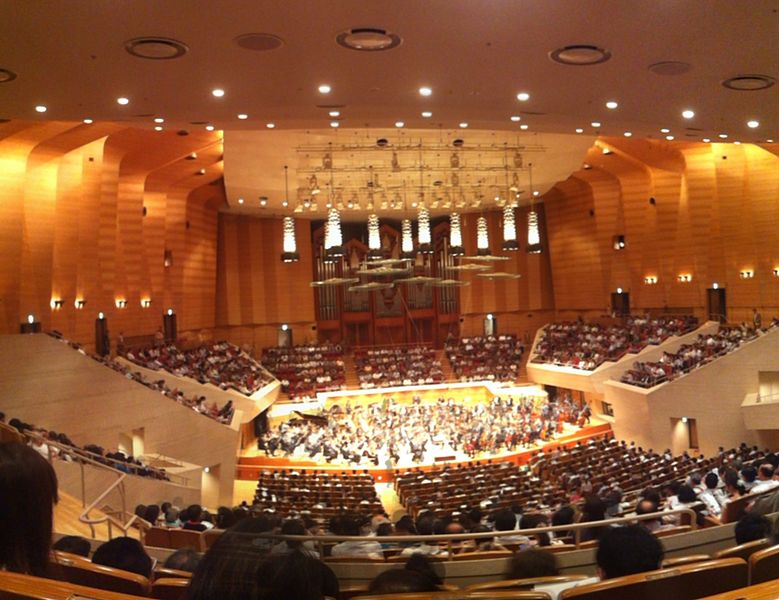 The Suntory Hall (サントリーホール) is a concert hall complex consisting of the "Main Hall" and the "Small Hall" located in the Ark Hills complex, near the U.S. Embassy and TV Asahi in the Akasaka district of northern Minato, Tokyo, Japan. Construction started in the late 1970s and it opened in October 1986. Herbert von Karajan described the hall as "a jewel box of sound". (Wikipedia)