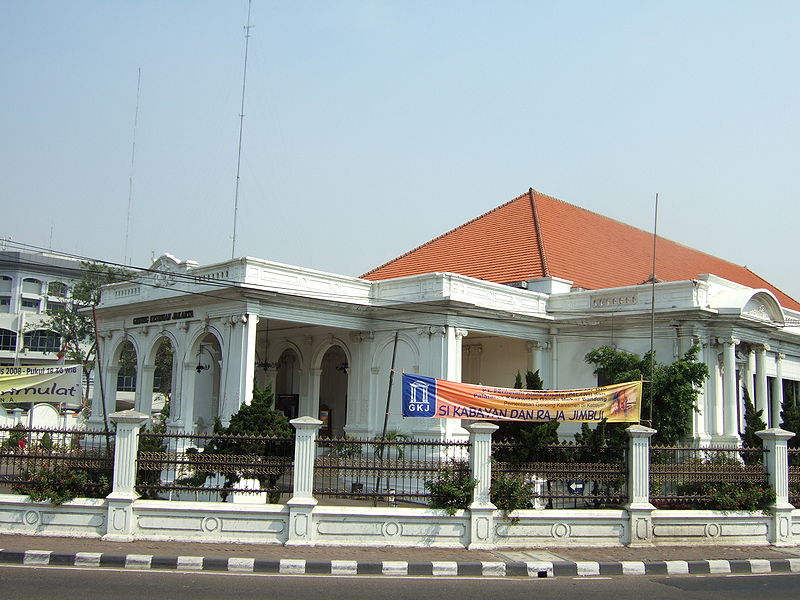 The idea for the creation of a theater in Batavia (the colonial name for Jakarta) came from the Governor-General of Batavia at that time, Herman Willem Daendels. This idea was realized by Stamford Raffles, who was known for his passion for the study and preservation of local culture. In 1814 Raffles ordered the construction of a simple bamboo theatre near Waterlooplein (a square in Jakarta, now Lapangan Banteng), under the name "Military Theater Venue". It was built by English soldiers and had a capacity of 250 people. This first theater in Batavia was used from 1811 to 1816 for the entertainment of British soldiers. (Wikipedia)