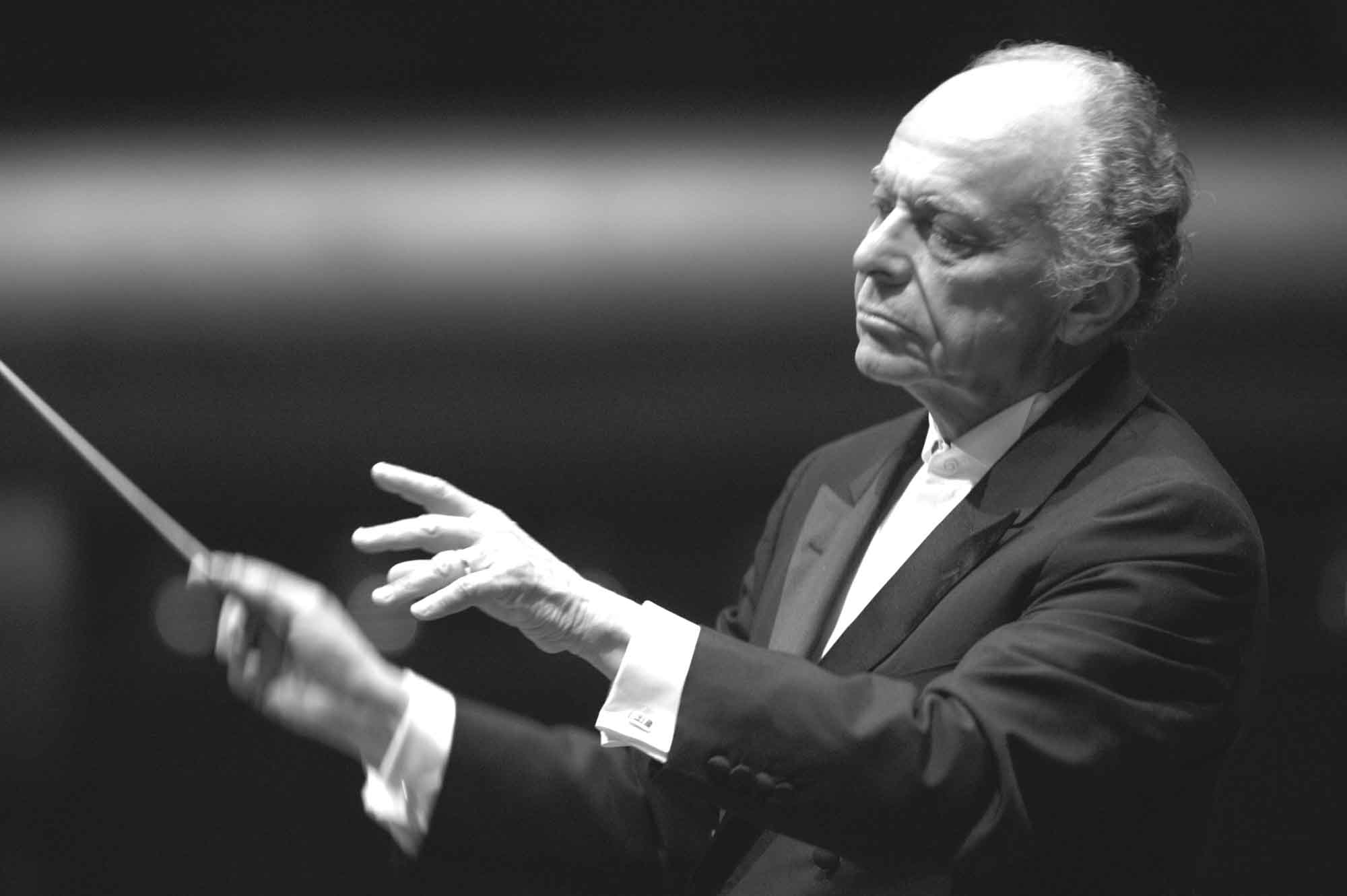 Lorin Varencove Maazel was an American conductor, violinist and composer. Making his debut at the conducting podium at the age of eight, he embarked on his career in earnest in 1953, establishing a reputation in European concert halls by 1960 but, by comparison, his career in the U.S. progressed far more slowly. He would later be appointed music director of the Cleveland Orchestra, Orchestre National de France, Pittsburgh Symphony Orchestra, Bavarian Radio Symphony Orchestra, and the New York Philharmonic among other posts. Maazel was well-regarded in baton technique and possessed a photographic memory for scores.

Maazel was born to Jewish American parents in France, and brought up in the United States. His father was a singer, music teacher, and actor, and his mother founded the Pittsburgh Youth Symphony Orchestra. Maazel was a child prodigy, taking his first conducting lesson at age seven and making his debut at age eight. At the age of eleven, he guest-conducted the NBC Symphony Orchestra on the radio. At twelve he toured the United States of America to conduct major orchestras. He attended the University of Pittsburgh.

In the early 1950s, Maazel toured as the conductor with the Gershwin Concert Orchestra. The orchestra was organized in cooperation with Ira Gershwin, to give the public a comprehensive Gershwin program. In 1960, Maazel became the first American to conduct at the Bayreuth Festspielhaus. In 1972, Maazel began his tenure as music director at the Cleveland Orchestra. A notable achievement during this time was the first complete recording of George Gershwin's Porgy and Bess, using an all-African American cast (except for the chorus).

In 1980, he was named conductor at the Vienna New Year's Concert and he led this televised annual event each year, until 1986. In 1989, expecting – but failing – to become successor to Herbert von Karajan as chief conductor of the Berlin Philharmonic, Maazel suddenly and publicly severed all connections with the orchestra when it was announced that Claudio Abbado was to take over.

Early in 2014, Maazel cancelled concert engagements as a result of ill health. Subsequently, he announced his resignation as music director of the Munich Philharmonic. Maazel died on July 13, 2014 from complications of pneumonia. Source: Wikipedia