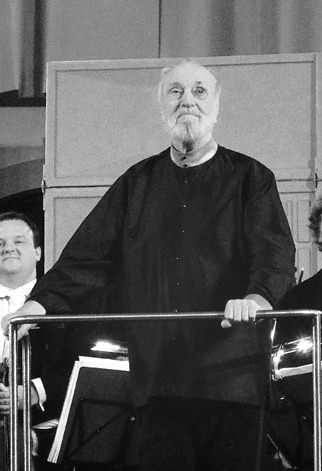 Masur was born in Brieg, Lower Silesia, Germany (now Brzeg in Poland) and studied piano, composition and conducting in Leipzig,Saxony. Masur has been married three times. His second wife, with whom he had a daughter, Carolin, died in 1972 in a car accident in which Masur was severely injured. He and his third wife, Tomoko Sakurai, have a son, Ken-David, a classical singer and conductor.

Masur conducted the Dresden Philharmonic Orchestra for three years ending in 1958 and again from 1967 to 1972. He also worked with the Komische Oper of East Berlin. In 1970, he became Kapellmeister of the Gewandhausorchester Leipzig, serving in that post until 1996.
In 1991, Masur became music director of the New York Philharmonic (NYP). During his tenure, there were reports of tension between Masur and the NYP's Executive Director at the time, Deborah Borda, which eventually contributed to his contract not being renewed beyond 2002. In a television interview with Charlie Rose, Masur stated that regarding his leaving the NYP, "it was not my wish". Masur stood down as the NYP's music director in 2002, and was named its Music Director Emeritus, a new title created for him. The critical consensus was that Masur improved the playing of the orchestra over his tenure.

In 2000, Masur became principal conductor of the London Philharmonic Orchestra (LPO), and held this position until 2007. In April 2002, Masur became music director of the Orchestre National de France, and served in this post until 2008. On his 80th birthday, Masur conducted musicians from both orchestras at a Proms concert in London. Masur holds the lifetime title of Honorary Guest Conductor of the Israel Philharmonic Orchestra. In 2012, following a series of cancellations of concert engagements, Masur disclosed on his website that he has Parkinson's Disease.

A professor at the Leipzig Academy of Music since 1975, Masur has received numerous honors: In 1995, he received the Cross of the Order of Merits of the Federal Republic of Germany; in September 2007, the President of Germany, Horst Köhler, bestowed upon him the Great Cross of the Legion of Honor with Star and Ribbon; in September 2008, he received the Furtwängler Prize in Bonn, Germany. Masur is also an Honorary Citizen of his hometown Brieg. In 2010, he received the Leo Baeck Medal for his humanitarian work promoting tolerance and social justice. Source: Wikipedia