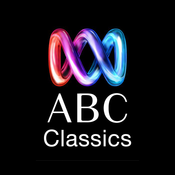 ABC Classics is the classical music record label within the Australian Broadcasting Corporation. It is internationally recognised as Australia's premier classical music label, with a catalogue of more than 500 titles. Based in the Sydney, ABC Classics was founded in 1987 as a means of showcasing the Australian Broadcasting Corporation's classical music recordings under its own banner. The label operates as part of ABC Music. ABC Classics has worked with some of Australia's greatest musicians. As well as all the major Australian symphony orchestras, their artists include Yvonne Kenny, Geoffrey Lancaster, Jayson Gillham, Richard Tognetti, Sara Macliver, Teddy Tahu Rhodes, Slava Grigoryan, Gareth Koch, David Hobson, Karin Schaupp, Diana Doherty, Roger Woodward, Gerard Willems, Cantillation, Sydney Children's Choir, Gondwana Voices and Saffire (the Australian Guitar Quartet). They have a strong emphasis on Australian compositions, with their Australian Composers Series recorded in conjunction with the Tasmanian Symphony Orchestra being a major milestone in Australian Music. ABC Classics has been awarded the prestigious ARIA Music Award for Best Classical Album 25 times since the inception of the awards in 1987. The history of the ARIA Award for Best Classical Album parallels ABC Classics' own history and highlights the label's ongoing commitment to the music of Australia's composers, soloists, chamber ensembles and orchestras. The list of ABC Classics award winners includes a number of artists who have been honoured more than once, and numerous others who have been nominated as finalists on several occasions. Music by Australian composers features prominently in the list of winners: Peter Sculthorpe's music has received the award three times, and recordings of music by Richard Meale, Carl Vine and Ross Edwards have also been honoured. Australian orchestras have also dominated the awards, with the Sydney Symphony Orchestra featuring on four award winners. Soprano Yvonne Kenny and pianist Gerard Willems have both won the award twice, Willems taking out the award in two successive years for his Beethoven Piano Sonatas project. (Rondo DB)